This question might be quite simple if you are a car engineer, computer geek, or a random tech professional. However, to a tech newbie, this could be a million-dollar question, so we will try to explain the concept in the most basic form possible. Therefore, by the end of this article, you will understand the concept of REM, its function, and why it is important in an amplifier.

REM means remote or Remote Amp turn-on and is normally a 12V BLUE wire (with no stripe) that comes directly from your headunit and is used to turn on the amp from a head unit. When an amp is connected to power, it will not turn on until a signal comes on the remote wire. You can connect the rem wire to either the remote trigger of the Head Unit (deck) or go to your fuse box and use the IGN or ACC fuse.

Now, this may be easy to be confused about something else (say, a remote control for playing songs, changing the channel, and so on).

What is REM On An Amp?

To make it a lot easier, think of an amplifier like your regular TV set. You can plug the power cable into an electrical socket but it won’t come on until you press the power button (either on the TV or its remote). 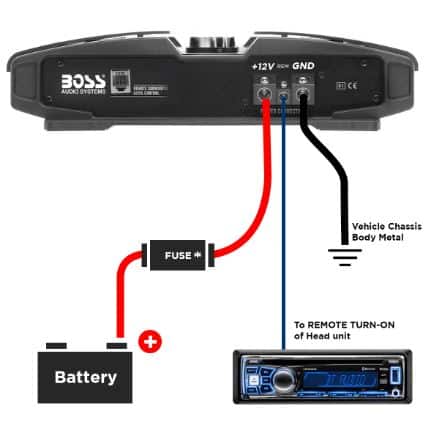 Just like the power button on that TV, REM is the power trigger on an Amp. Before an amp can begin its full function, it needs something to trigger it when it is connected to a power source.

In most common ways, to set up the REM properly, you will need to splice the wire in the head unit (i.e. the deck) into the remote trigger.

Another method to set it up will be to push the remote-on wire into the ACC or IGN fuse with the small fuse in the fuse box. A simple way to confirm the REM in an amp is active is if the stereo device comes on with the ignition turned on.

What is REM On a Subwoofer?

Rem means remote amp on a subwoofer. Just As it has been explained in the previous sections, it is the trigger that powers the amp when the ignition is turned on. 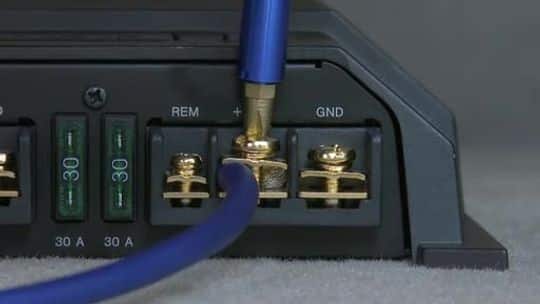 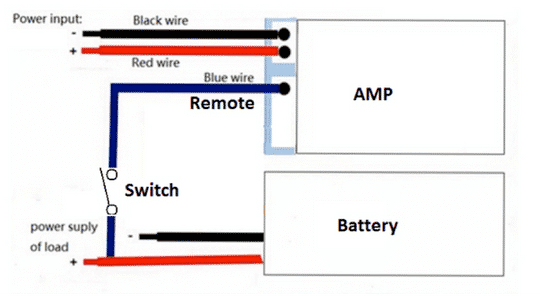 How To Connect REM In An amplifier

The first thing to note about connecting REM to an amplifier is that a stock amp connection will differ from an aftermarket amp. Stock amps don’t come with any wire, whereas aftermarket amps have wires on them already, and this includes the remote-on wire.

Remember, this does not come with a remote-on wire. There you need to get this wire which is connected from the amplifier to either a fuse box, a 12V switch source in the car, or the power antenna wire.

Here is the step-by-step approach to connecting it to the fuse box, since it is the simplest and probably the fastest method to get power to the amp.

What is REM Out On a Car Stereo?

The car stereo has a sensor that is also the remote on output. This means that when you turn on the radio, it automatically receives an audio signal and in response to this, it sends out a 12V signal to the amplifier. This signal is sent through the remote output wire, which is connected to the amplifier.

Ground 12V is a common slang among tech geeks to refer to the nominal battery volt for connecting the REM. This is the negative ground system that is passed out from the negative terminal. It is mostly securely mounted on bare metal.

The remote ground 12v is the negative power from the head unit and it is mostly mounted close to the stereo.

Where Does The Rem Wire Connect To?

The first is to the amplifier which carries out the function of triggering the one-and-off. Second, it connects to a power source. This could be the headunit, a fuse box, an ACC wire, an antenna module, or a turn-on module. This is to supply the power needed to trigger the amplifier.

How To Turn On The Amp Without A Remote Wire

There are many methods you can use to achieve the same result, but any method you choose to go with will depend on how the amp is designed.

The 2 popular methods for turning an amp on without using a wired connection include using a remote control or using a trigger/power button that comes with the amp.

The first way to easily turn on your amp without a remote wire is if your amp has a remote control. Most modern amps these days come with remote control, which makes it easy to use the amp independent of the car’s ignition.

Another method is if the amp is designed with a power button that you can simply use to power it on and off. However, this can be stressful since you will have to reach towards it every time to turn it on and off.

The remote-on wire, also known as REM wire, functions as a powerful trigger for turning on and off the amplifier when the stereo is not in use. This method saves you from the stress of turning the Amp on and off manually every time you need to use it. We hope this article helps you understand the concept of REM and answers all your questions about it.