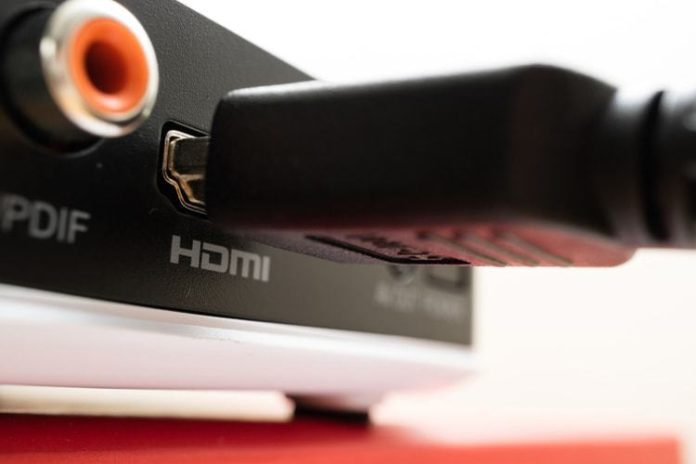 In recent years, HDMI has emerged as the best signal format for high definition video. The emergence of HDMI has greatly improved the range of options modifying, boosting as well as regulating signals.

So what’s an HDMI distribution amplifier? We will discuss that and everything else you need to know about this device in this article.

A distribution amplifier or HDMI distribution box is a device used to divide a single video or audio signal and duplicating it into two or more copies.

To get an idea of how this works, its similar to how you would go about connecting multiple speakers to amplifiers. Since copying the signal weakens it, the HDMI distribution box not only duplicates the input signal but increases the signal strength as well. 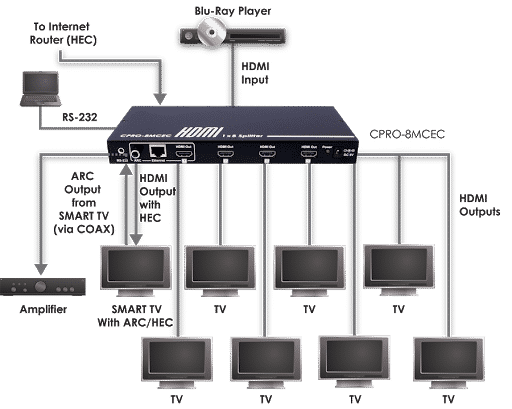 HDMI distribution amplifiers have become more in demand in recent times as virtually all Hi-definition devices now come with an HDMI interface.

Everything You Need To Know About HDMI Distribution Amplifiers

There are different types of HDMI distribution amplifiers, depending on the kind of output you require. These amplifiers include. 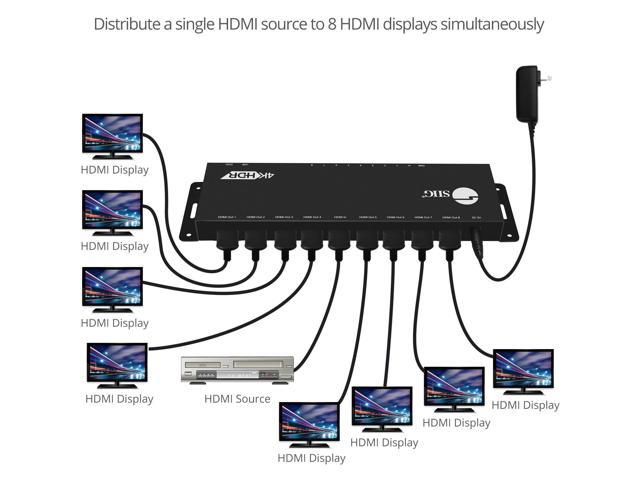 Choosing from one of these, therefore, depends on your needs and preference. Each type is effective and brings out quality results.

How Do You Use HDMI Distribution Amplifiers?

So, if you have one cable television box in your living room, and wish to get the output to as many as eight televisions in the house.

All the TVs will get the same full definition, same picture, and full surround audio coming from the cable television box.

Things To Consider Before Purchasing an HDMI Distribution Amplifier

There are certain things to consider before purchasing an HDMI distribution amplifier to ensure you get the best fit for your requirements. 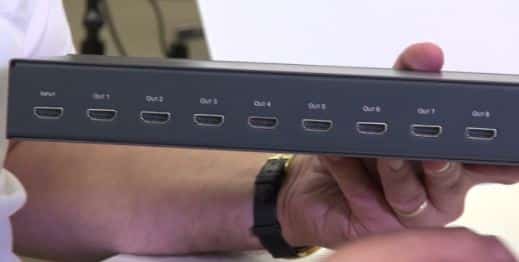 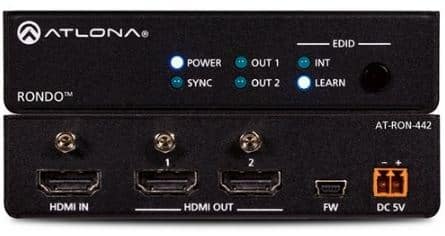 Getting an HDMI distribution amplifier or HDMI distribution box is a no-brainer at this point, as most devices now come with an HDMI interface. Simply follow the steps to consider before choosing one, and you are sure to enjoy your amplifier hitch-free.