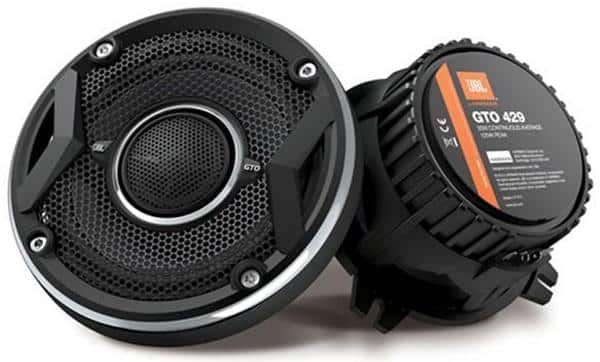 RMS stands for Root Mean Square Value. RMS is a measurement of the magnitude of varying voltage or current.

RMS power (as seen on speakers, amplifiers and other devices) is a math term that is a measure of the average continuous power that an amplifier can output, or that a speaker can handle.

For example, 30W RMS means a set of speakers can comfortably play 30W for several hours without any problems.

If you are keen on reading the specifications for audio speakers, then you’ll likely come across the term RMS, which stands for Root Mean Square.

This normally raises the question, what does RMS stand for? RMS, Root Mean Square is a term used to rate a speaker’s capability in handling audio signal power.

Root Mean Square is a technical terms and we are assuming that you aren’t a mathematician, so we will explain it in simple terms.

Moreover, you don’t need to understand the technical details to use RMS specifications correctly and effectively when comparing speakers.

A Detailed Explanation of RMS?

Simply put, the RMS value specified on the speaker system indicates the amount of audio signal power that the speaker is capable of taking on a long-term basis.

In other words, it’s similar to the average power capacity of the speaker. We say similar because average and RMS are two separate metrics when comparing speakers, however, they are very similar. We will explain further.

Peak Power: Peak power is the maximum reading obtained when measuring the playback of a regular song. It’s the highest/maximum power that a speaker can handle at any given point in time before it starts to distort or clip. 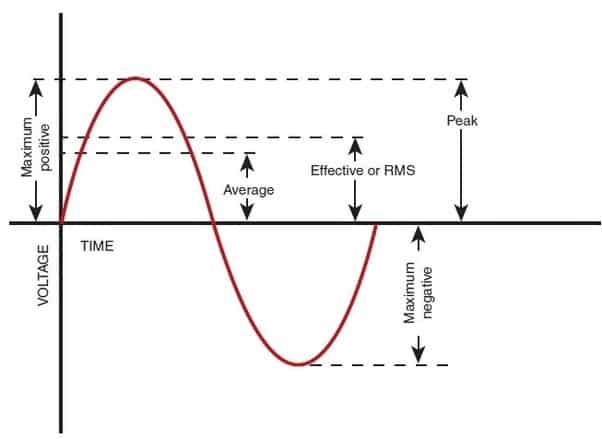 Average Power: Average power tells you the amount of power that the speaker can manage for a prolonged period.
Technically, it is the alternating current voltage across a speaker’s terminal multiplied by the current through the speaker, times the power factor (that number relates to the efficiency of the system).

RMS: RMS is effective power. RMS power can be obtained by dividing the speaker’s current by 1.414 (square root of 2). It may also be obtained by multiplying the peak value by 0.707. That gives you a number close to the average value and provides a more accurate estimation of a speaker’s sustained power capability.

How To Convert From Peak To RMS

By now, you should have a clear answer to the question, “what does RMS stand for”. Now that you know what RMS means and how it relates to the peak value, you should look out for these metrics when seeking to purchase speakers.

Ideally, there should be a clear distinction among these values on the speaker’s specifications, but will not always be the case.

Here’s how you can convert from peak to RMS:

Peak To RMS: Multiply peak value by the root of 2

Peak/Peak To RMS: Divide by two and multiply by the root of 2

To go the other way, divide peak values by root 2.

So it essential to know the difference between peak and RMS, especially when you want to pair your system with an amplifier. For example, if the speaker indicates an average of 150W RMS, then it means that it can comfortably run with 150 watts of continuous power and handle a peak signal from a 213 watts amplifier.

Consequently, if the 150 watts value is the peak value, then the amount of power the speaker can handle is about 106 watts. Bear in mind that most manufacturers usually indicate the peak power, as it sounds impressive for marketing purposes.

However, don’t be fooled into comparing RMS of one speaker to peak power of another speaker. You should always measure RMS values and if a manufacturer only indicates peak values, then convert it to RMS.

However, as long as you are cautious with the volume controls, then you can pair different speakers with any amplifier, no matter the power.

As we’ve already established, most speaker manufacturers will usually indicate the peak power to make the product look superior to the buyer, though that may not be the case.

However, using RMS values (the lower numbers), you can get a better idea of the speaker’s capabilities in handling power over a long-term period. 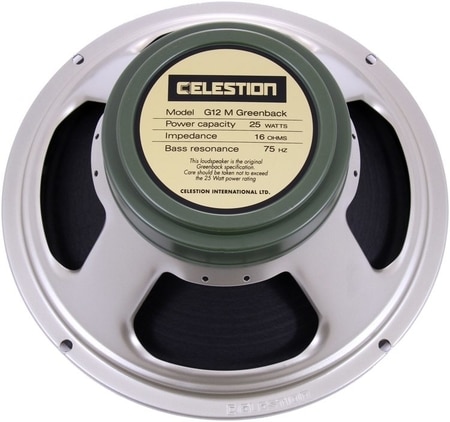 When choosing the type of speaker to buy, you want to compare the RMS rating of one model to another. If you make the mistake of equating RMS with Peak values, then you will most likely end up making the wrong choice.

The truth is, when comparing speakers, only use the RMS, the others are useless to you. This is because RMS refers to clean power/wattage. Think of RMS as a true listening rating.

Selecting An Amplifier Based On RMS

If you carefully go through the specification of many speakers, you will note that there is a range of amplifier power ratings indicated by the manufacturer.

That shows the amount of power that the speaker can comfortably take. This range is usually 50-200 watts per channel; so you will have to acquire a powerful amplifier before you can cause any significant damage to the system.

The suggested amplifier range is a simple way of describing the speakers’ capabilities, and it makes it clear what will comfortably drive them without ruining its coil.

It also makes it simple to understand what you need for your sound system, without the need to understand a lot of technical issues. It also indicates that you have a wide range of choices in matching the power of your speakers to the amplifier.

Ideally, you should try to find a close match between the RMS values of your speakers to that of the amplifier.

That makes the point that you don’t necessarily have to match a 150-watt amp with 150 Watt speakers. Anything that is reasonably matched will be great, provided you don’t push your system to the extreme to avoid having problems.

However, we recommend getting a slightly lower amplifier rating vs the speakers it will be driving just to play it safe.

However, you can have an amplifier that’s more powerful than the speaker’s RMS ratings, rather than less. That’s because you can regulate the amount of volume that goes into your speakers, and you can quickly note when you are starting to exceed their limits, before causing any significant damage.

On the other hand, a low powered amplifier will most likely require you to adjust the volume controls upwards to achieve a reasonable sound level.

When you do this for a long time, the amp will start sending clipped waveforms and damage the speakers. Bear in mind that you want to get a comfortable listening volume that can handle the odd musical peak, without any stress.

So whenever you hear the question what does RMS stand for? You are now equipped to answer effectively.

Though the RMS and peak values may sound complicated, you can comfortably use them while creating your ideal sound system (even without understanding the technical terms or the calculations involved). It’s crucial that you know the distinction between the two rating systems.

Of course, you should only use the RMS value to know the ideal speakers to buy. Keep in mind that most manufacturers don’t put a clear distinction, so it’s always safer to assume the number disclosed is a peak value (unless otherwise stated). Don’t forget to match your amplifiers correctly using the same values, if you like to crank up the volume of your audio for prolonged periods.