If you’re a serious gamer, choosing the right sound system is without a doubt one of your top priorities. You want an immersive gaming experience to really enjoy your games. To achieve this, you should know how stereo and surround work and what makes them different. We will talk about surround sound vs stereo headphones as well as talking about stereo vs surround sound in general.

Stereo vs Surround for Gaming Headphones

With gaming headphones, you can have regular stereo headphones, virtual surround headphones (5.1 or 7.1), or true surround sound. 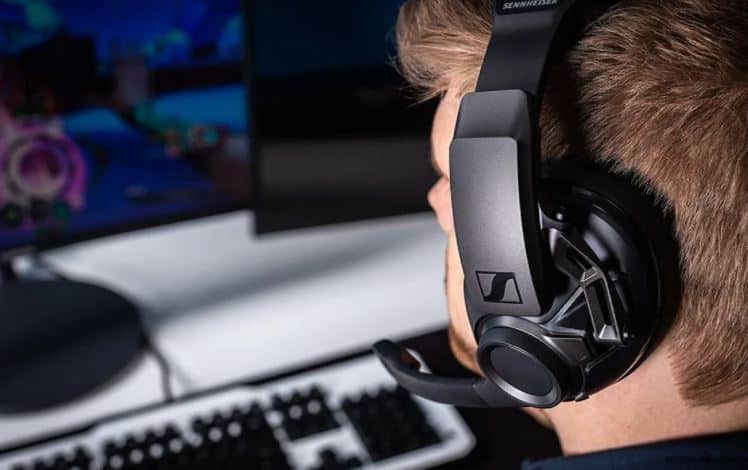 Most gaming headphones are regular stereo headphones that give fairly good quality but won’t create that immersive surround sound experience.

Get a surround headphone if it will be used for gaming, movies, or 5.1 music only and if you have the budget for it. On the other hand, get a pair of stereo headphones if you are on a budget and you want to use them for gaming and regular stereo music.

Read on for this and much more.

To understand which of these audio setups is ideal for gaming, let’s pay attention to how stereo and surround sound systems manipulate, segment, and distribute sound.

If you’ve been to a concert, you have seen the huge speakers placed on the stage’s left and right. That’s how stereo works to create the sense that the music is coming from the two sides. You can use your subwoofer to complement the sound. 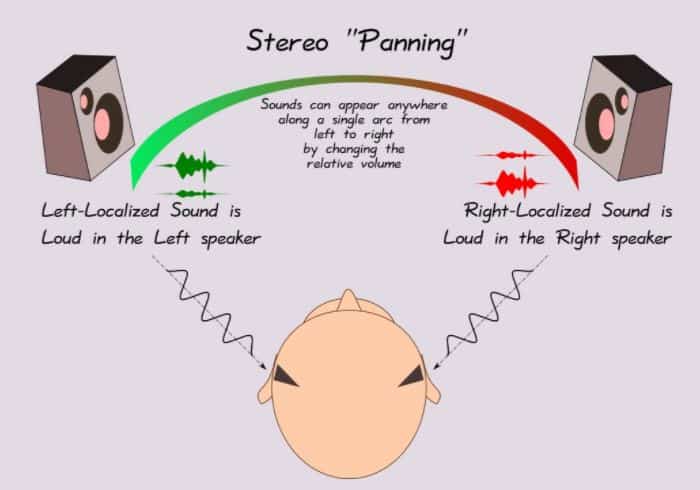 Boom boxes, computers, portable CD and DVD players, headphones, earphones, and other MP3 players use stereo sound, making it the most predominant option.

So, stereo sound is popular, and it typically uses two front speakers that create what appears like a performance stage in front of the audience. 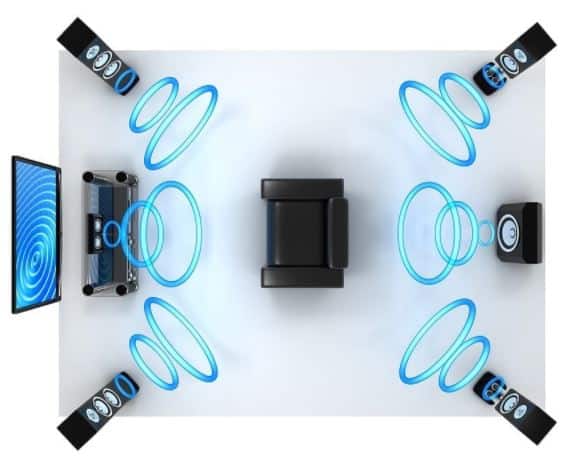 In the cases of 5.1 surround, you have the right, left, and center speakers in front. You also have two surround speakers on the left and right sides of your listening area. In 7.1, you have two back surrounds in addition to the five we’ve mentioned.

You can have two more above you if you are using a 9.1 surround system or much fewer if you opt for the less common 3.1 setups.

So, surround gives users a 360-degree cinematic experience, which is essential when you want to feel part of the live event or the game.

To learn more, check out our guide on surround sound channels and systems.

Is stereo or Surround Sound Better For Gaming?

After seeing how stereo and surround work, it’s logical that you’re asking this question.

Now that you are talking about video gaming, there’s no doubt you value a 360-degree cinematic experience. You want to feel immersed in the scenes. So, the answer is ‘yes,’ surround sound is better for gaming.

Comparing stereo sound to surround sound is like comparing regular office chairs to gaming chairs. Both can get the job done, but one is just better!

Remember that most video gaming soundtracks are currently recorded to accommodate surround sound.

What about stereo? It’s the best overall for listening to music. Music doesn’t typically require directional sound and is often recorded for playback in stereo.

What are the Differences between Surround and Stereo for Gaming Speakers?

Here is a detailed summary of the differences between stereo and surround sound for gaming:

There are exceptions to the general rules we’ve established above. So, it would be best if you considered a few essential things before choosing your audio system.

How Do I Choose the Right Audio System?

Here are some of the most important things that you should consider when thinking about the types of audio system that works best for you at home:

What will give you the best gaming experience is an entirely subjective argument. It will depend much on what you and your family expect from your stereo or surround.

If you’re setting up a home theater for your family, you must accommodate their individual and collective entertainment needs as much as possible. In this case, surround audio might be the best option. You and others can use it for playing games and watching movies.

However, if you are a musician who wants to record and enjoy the rhythm of the music at home, you can opt for a stereo system.

Since surround requires more speakers than stereo, you might find yourself in a dilemma if you want to watch video games, but the space is too small. We’ve mentioned that a stereo audio system is ideal for music listening only.

If you have limited space, the best solution is to select a 3-channel surround audio system. These systems are some of the least known. However, they can serve you best if you don’t want to see your family members crease their faces as they watch their favorite movies and games with sound effects.

If space is not a problem, you can choose the 7-channel surround audio. This is a common option, and it guarantees you the desired experience.

Quality stereo or surround equipment is typically costly, but you can still achieve your goal with a standard audio system.

In the long run, it might help you choose the right gaming equipment. Remember, the standard surround is typically more costly than regular stereo.

So, if you don’t choose the most affordable, quality equipment, you might opt for stereo whether they’ll serve your needs or not due to cost concerns.

Yes, most of them are. If you’re looking for the best gaming equipment, you should consider choosing a high-quality surround sound headset, as well. They can help you when you want to play your games without interfering with other people in the room.

If you want to feel you’re inside the game, you should ensure it’s a high-quality headset (like the Astro A40 or the A50) with a true or virtual surround system. Regular stereo headsets can’t help you to achieve this.

Do Professional Gamers use Stereo or Surround?

When it comes to competitive shooters like CSGO, the vast majority of them use stereo audio. This is most likely because of two factors. The first is that professionals must play under conditions that are most comfortable for them in order to have the fewest possible disadvantages.

Is 7.1 Surround Sound Better Than Stereo?

Stereo headsets are more cost-effective. The majority of 7.1 headsets are farces and rely on software trickery to make things sound like they’re in various places. Two speakers, one for each of your two ears, are ideal for a headset. Set up a surround system in your space if you want proper 7.1.

Normal stereo headphones utilize volume to allow you to figure out where a sound is coming from, but virtual surround sound takes it to the next level.
Stereo sound drivers are used in Logitech gaming headsets, but Dolby Headphone software allows them to imitate 7.1 surround sound.

Are Headphones For Music Good For Gaming?

If you intend to use your normal music headset as your gaming headset, the loudness it produces may be too much for you. It may even detract from your entire experience by producing a mushy musical tone. Gaming headphones normally don’t have the option to adjust the treble because they’re meant for gaming.

You know that surround sound is often the best for gaming, but you should remember that your needs and cost are important considerations. Don’t spend your money on a sound system that’ll only gather dust in the long run. You can now start window-shopping to see the best options that you have in the market.