How Can I Connect My iPad To A Regular Headphone?

Now, most people just want to use regular old headphones that are cheap and easy to find. For example, most cheap running headphones on the market are regular 3.5 mm headphones.

What Headphones Can You Use With An iPad?

Headphones, also referred to as earphones, or cans are majorly divided into two categories based either on their fit, foam aspect, or ear cup shape.

Apple EarPods with 3.5 mm Headphone Plug work perfectly well with iPad, iPhone, and iPod models that have been designed with 3.5 mm headphone jacks.

iPad Models That Have A Headphone Jack

Headphone jacks give you an unrestricted connection of your wired headphones to the iPad for real-time musical experiences. 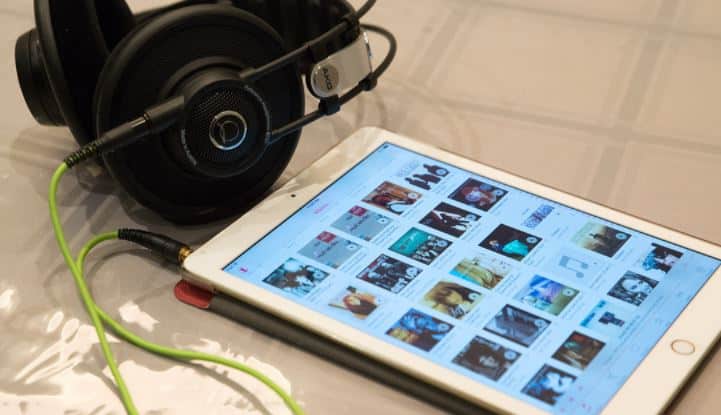 The majority of much older versions of iPad do feature headphone jacks. Here’s a quick look at a range of some iPads that are equipped with a headphone jack, and their release dates:

However, the standard headphone jack has been replaced by the now common USB-C port. It is therefore important to note that:

If you have a pair of headphones and you intend to buy a modern model iPad Pro, you will need to add a dongle to the shopping list. Otherwise, you may not be able to use wired headphones with the device.

How do I Connect Headphones To My iPad?

Back in 2016 when Apple introduced iPhone 7, they announced that the 3.5mm headphone jack would be removed from it. The announcement as a result started a trend of removing headphone jacks from smartphones in general.

Luckily, not all smartphone manufacturers adopted the removal of the 3.5mm jack. The practice however started narrowing down the choice for picking either earphones or headphones. Later in 2018, Apple completely removed headphone jacks from the 12.9 inch and 11 inch iPod Pro.

The latest models of iPhones since 2016 and iPad products since 2018 specifically iPad pro (4th Gen) and iPad Air (4th Gen) do not have the headphones jacks and as such have consequently affected the use of headphones.

One great advantage that the manufacturers enjoy is by removing headphone jacks allows them to improve the features of iPads such as battery and camera quality. This, however, is a disadvantage to the consumer of the product as they will be made to carry a lot of products such as chargers and dongles for music together with their earphones. Fortunately, there is a way out for that so you should not really worry.

The major problem that came with the new iPads especially those manufactured in 2018 onwards was not the headphones themselves, since headphones were in circulation already but rather the main problem is that these devices lack jacks to plug the headphones.

The dongle was, however, designed as a solution to the headphone jack challenge. It is an adapter that utilizes the iPhone’s and iPod’s USB Type-C port (Lightning port) for several connections such as headphones and HDMI.

As stated earlier, iPods do not have headphone jacks. As a result, where you cannot use a dongle to connect your headphones, you may need to go wireless.

Wireless headphones or ear pods that are connected wireless through Bluetooth will give you a great comfortable experience. The only possible problem expected is that wireless headphones are expensive hence you will need to dig deep in your pocket.

How To Connect Wireless Headphones To iPad?

What if you have regular headphones that you want to connect to your iPad? Here is how you do that:

Why Did Apple Remove The Headphone Jack?

Although the decision to remove headphone jacks was for design purposes, it was not the primary reason to do so. The intention was to introduce the wireless plan and for users to adopt the plan as early and quickly as possible.

Modern iPads together with iPhones do not have any Lightning port or headphone jack. They have all switched to Type-C.

Why Won’t My Headphones Connect To My iPad?

When connecting your headphones to the iPad by wireless means, make sure the Bluetooth accessory and the iPadOS device are as close to each other as possible.

Turn off the Bluetooth and on again. Also, make sure the device is adequately charged or connected to power. If any of the accessories use batteries, check that they are in good operating condition, and replace them if they are not.

Does iPad 8 Have Headphone Jack?

Yes, the iPad 8 does have a headphone jack. The iPad 8th generation retains the classic features of the iPad including the headphone jack and other original iPad features.

Where Do I Plug In Headphones On My iPad?

How Do I Connect Headphones To My iPad Pro?

To connect regular headphones to your iPad, you will need a Lightning to 3.5 mm Headphone Jack Adapter. You can purchase the lightning adapter online. Now just plug your adapter into the Lightning connector on your iPad Pro and plug the other end into your headphones. 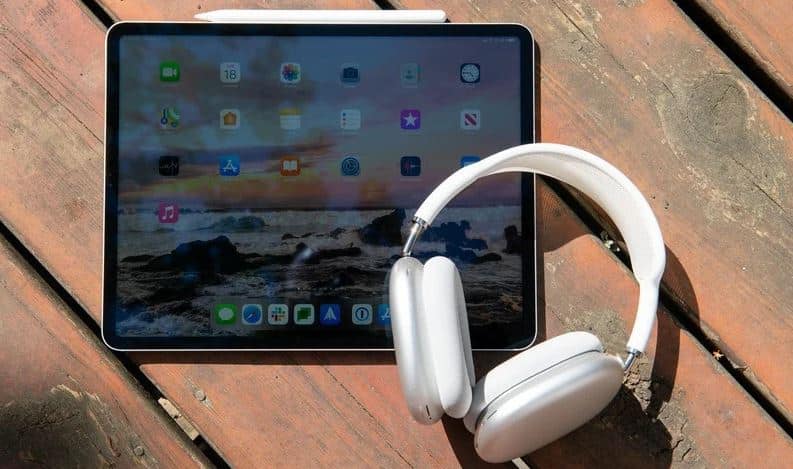 In terms of a headphone jack, Apple removed the headphone jack from the 11-inch and 12.9-inch iPad Pros. If you want to use a 3.5mm audio jack with one of the new models, then you will need one of Apple’s USB-C to 3.5mm dongles. That’s right: the new iPad Pro moves from a Lightning cable to a USB Type C.

Using a Bluetooth connection, you can listen to iPad on wireless headphones, speakers, and more. WARNING: For important information about avoiding hearing loss and avoiding distractions that could lead to dangerous situations, see Important safety information for iPad.

If your iPad Pro headphone jack is not working, the first fix to check for is debris in the headphone port. In addition, check the headphone cable, connector, remote, and earbuds for damage, like wear and tear or breakage.

Where Do I Plug In Headphones On My iPad Air 4?

The iPad headphone size is 3.5mm. This is the size of regular headphones. All Apple EarPods with 3.5 mm Headphone Plug work with iPads that have that connector.

Does iPad Have Bluetooth?

No, iPads only permit connection through apparatus like headphones (iPad 2 and later), speakers, keyboards, and remotes, but they cannot connect directly to other iOS items (e.g., other iPads or iPhones) or Androids using Bluetooth.

What Does “iPad is not Supported” Mean?

This is a clear indication that the charging cable, lightning port, charger, or even software system has failed in some manner.

When you get this message, the first thing you should do is to try and connect it again.

Go ahead and plug in the charger and if you still get the error message hold your finger on the dismiss button and pull out your charger.

Plug your charger back in while still applying pressure and it should work. Alternatively, you can try disconnecting and then reconnecting the accessory.

Are Bose Headphones Compatible with iPad?

The answer to this question depends on which type of Bose product you own.

If your device features Bluetooth connectivity then yes – they will work perfectly. You can even use them to take phone calls or listen to music from other devices such as smartphones!

However, there’s one downside. Since these don’t come with an inline microphone/remote control for making changes during playback (like volume), it won’t be possible to use Siri via voice commands either.

If you have wired earphones that feature a standard three-button remote control built into the cable itself (volume up/down, pause/play, next track) then you can use them with the iPad.

Does iPad Come with Headphones?

iPad does not come with headphones, so you will need to get some. A good pair of earbuds can be purchased on the Apple website for less than $5.

Alternatively, you can purchase headphones online at wireless headphone review sites, which are also ideal.

So, Do You Need Special Headphones For iPad?

The majority of older models of iPad Air 2 were released on October 22, 2014, and iPad min (4th Gen) has headphone jacks which you simply plug in the headphones and enjoy your music. Similarly, there are current iPads such as the iPad (8th Gen) released on September 18, 2020, that also have a headphone jack.

To sum up, you do not need special headphones for your iPad. Depending on the iPad model you are having, you will always know whether to use a dongle or go wireless. Therefore, before making a purchase consider this factor so as to make the right decision.