Marantz and McIntosh are two renowned and well-respected brands in the audio industry and produce high-quality speakers, soundbars, headphones, and subwoofers.
In this article, we will cover a general overview of both brands, looking specifically at the sound quality, durability, price, and so on.
Of course, each brand has different devices at different price points. However, we will compare them as closely as we can.

Saul Marantz started Marantz in 1953 and since then Marantz receivers have evolved from the ‘Consolette” pre-amp of 1953 to the modern receivers produced under Sound United.

McIntosh group is an audio equipment manufacturing company that was founded in America by Frank McIntosh in 1949.

Since the company’s inception over 76 years ago, it has recorded tremendous success in the production of audio equipment such as amplifiers, home theatres, speakers, car stereos, and other audio equipment.

Many listeners generally describe Marantz as having a “warm” sound. Yet, they are “soft”, softer than Denon, for example. In general, the sound is high quality and accurate. One highlight is the balanced bass, but you may find less dynamism than some other brands. 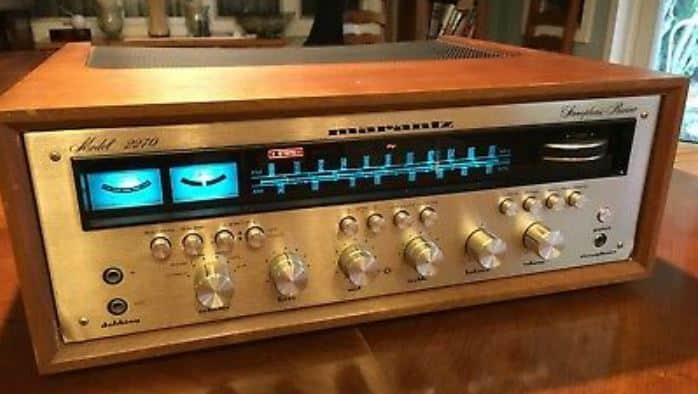 In fact, Marantz has a unique audiophile-quality sound that passionate music lovers appreciate.

In addition, the Marantz receivers built back in the 70s characterize the apex of the solid-state hi-fi era. Marantz 2245, for instance, hits a real sweet spot, as many users say, both in terms of power and price. The Marantz 2270 and Marantz 2245 are good examples as well.

In a fair judgment of Mcintosh audio output, they are best described as having a warm sound and soft bass delivery.

Most McIntosh amplifiers, such as the MC312 stereo power amplifier, are known for their delivery of low distortion sound. However, the audio products have a slightly above-average sound quality and linearity of response.

Marantz products are built for the future. Let’s look at some of the features of the Marantz 4K UHD AV Receiver SR5014 – 7.2 Channel as an example:

For a McIntosh device such as the MX123 AV Processor, its primary feature includes an impressive list of audio formats support, including Dolby Atmos, MPEG-H audio, Auro-3D, 360 Reality Audio, and a host of other formats. Other interesting features that come with this kind of device include: 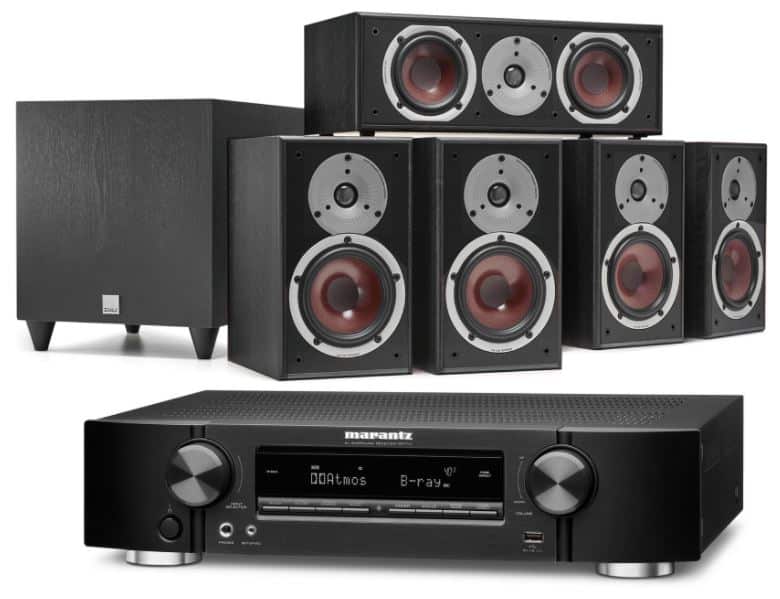 For instance, you can find 11 speaker terminals on Marantz SR7015 with gold-plated RCA terminals that make it look quite appealing.

The design is high-end, with stunning finishes and top-of-the-line components embedded throughout the body construction. Marantz’s designs will surely win you over at first impression.

Mcintosh audio products are designed with stamped aluminium for a solid build that is made to last. 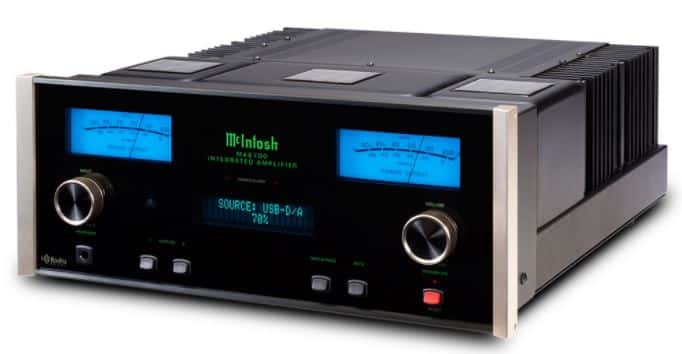 This includes fibreglass in some McIntosh loudspeakers for the ability to deliver great acoustic sound and the ability to retain its quality over a long period.

However, most McIntosh devices do not boast of sleek designs and appear mostly too boxy or with a vintage look.

Marantz Ease Of Use

Most people describe Marantz receivers as user-friendly products that are very easy to set up. Besides, their sound is excellent, and every user will quickly set them up in their home or office without requiring any skills.

McIntosh Ease Of Use

Some Mcintosh devices, such as the MCD12000 CD player have a lot of functional buttons that make them pretty easy to operate without a remote control.

For another example, the McIntosh Speaker RS150 is a portable speaker with an excellent digital display and comes with support for most of the streaming platforms that allow you to set up a playlist and enjoy your music anytime through a wireless connection.

Most of the receivers from Marantz are compact and require very little space. Whether you want to place them closer to your TV or together with your home theater, they will always find a space to fit in without looking cumbersome.

The large, boxy design of most Mcintosh designs makes them considerably space-demanding. Using a McIntosh device such as the Reference Home theater system would require a large room setting to accommodate the large boxy system and 7 speaker arrangement.

Marantz receivers come with factory remote controls that make navigation easier. Also, new Marantz receivers now come with a Marantz AVR remote app that you can use with iPhone and Android devices. This allows you to control the device with your smartphone seamlessly.

McIntosh remotes are mostly universal for McIntosh devices, i.e., they can be used with a large array of devices. The HR085 remote control comes with most McIntosh devices, and interestingly, it can also command from 3 other non-McIntosh components.

Receivers: Up to 300 watts per channel

Typically, a Mcintosh single-channel solid-state amplifier, such as the MC611  has a power range of 400 watts to 600 watts. However, a floor-standing loudspeaker with a Tri-amp such as XRT1.1K can have a power range of up to 1200 watts.

Whereas, a McIntosh bookshelf speaker such as the XR50 has a power range of 75 watts to 300 watts.

Marantz produces averagely priced audiophile-quality sound systems and is well known for its AV receivers. Also, their build quality is good, and the devices are futuristic and easy to use. McIntosh products are quite expensive but deliver a satisfying warm sound and soft bass. They might not be easy to use because most of their devices lack remote control. However, they possess amazing features, justifying the cost of their devices.