JVC and Kenwood are two renowned and well-respected brands in the audio industry that produces high-quality speakers, headphones, soundbars,  subwoofers, and amplifiers.

Kenwood is an audio company that was established in Komagane City, Nagano Prefecture, Japan, in 1946 as the Kasuga Radio Co. Ltd. Kasuga invented the name Kenwood as a combination of “Ken” from Kenmore appliances and “Wood,” which stood for durability and also suggested a relation to Hollywood, California.

Kenwood became more popular than Trio. Trio then bought it in 1986 and renamed itself Kenwood. Kenwood produces speakers (including car stereos), amplifiers and subwoofers.

Kenwood is very consistent in producing fairly average to good-quality sound regardless of the model. The vintage Kenwood speaker surrounds were built with urethane for optimal cone movement during sound production.

In general, their speakers are average in terms of sound. This is because many of them lack strong bass. However, the mids and highs tend to be ok.

Kenwood car stereos are particularly good and are some of the best and most popular on the market. This is because Kenwood stereos offer impressive sound quality, making them ideal for car audio systems.

The new Kenwood ODELIC SP0001 Glass speakers defy the old belief of wood-only speakers. The speakers themselves are made from an aluminum die-cast body to reduce unnecessary vibrations.

The key features of Kenwood products include: 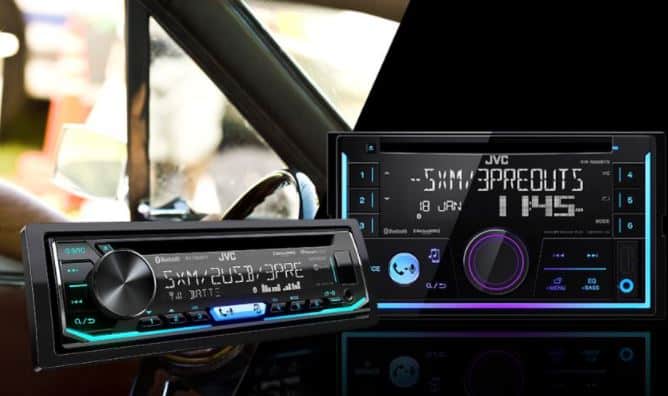 Kenwood pioneered the use of urethane in speaker surrounds for greater cone vibrations. They are built with a high-quality one-piece steel basket for added durability. Besides, the woofers are built with mica-injected fiber textured polypropylene to ensure the sound is great and the speakers are durable.

As an example, the new ODELIC SP0001 Glass Speakers look fantastic besides being strong. The aluminum die-cast bodies of the speakers themselves resist vibrations and ensure longevity. 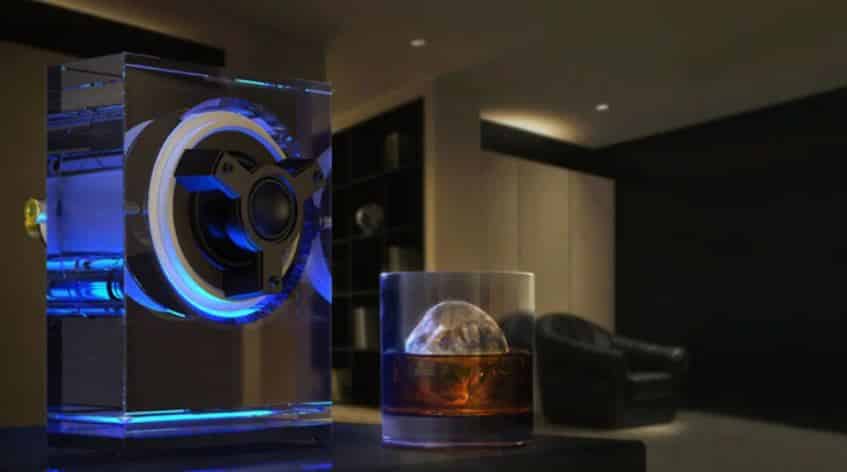 For customers who opt for cheaper speakers, Kenwood also has a speaker line built with cloth edge and polypropylene mica composite cones. While these speakers may look decent, their quality is low and may not last long.

Kenwood Ease Of Use

Kenwood stereos are not easy to connect to iOS and Android devices. The stereos come with one to three inputs for cameras, while the very high-end ones include an integrated and advanced navigation system that may not be very easy to use for an average individual.

On the other hand, Kenwood speakers are simple and easy to install.

Here are some price ranges for different Kenwood products:

Kenwood car speakers are compact and easily fit in tiny spaces. For instance, the tweeter heights of the New PS Series are designed as low as possible, and the speaker units decently fit within the spaces for factory speakers.

Kenwood’s higher end amplifiers are quite good, yet they are small considering the massive output that they can push.

Kenwood products come with remote controls for hands-free control. Besides, you can also install the Kenwood remote application to enhance your experience with the Kenwood car stereo, for instance.

Kenwood supports a wide range of connectivity options, including:

Products from JVC are fairly priced. The build quality is good and their devices sound clear and neutral. They are therefore good for home upgrades. On the other hand, Kenwood focuses on excellent workmanship and quality parts and is one of the most widely known car audio speaker brands. It also manufactures home stereo units, two-way radio systems, and amateur radio equipment.