FLAC and AIFF are two very common audio file compression formats that you will likely come across if you’re a music lover. However, what are the difference and similarities between FLAC and AIFF, and which should you use?

There isn’t much difference between FLAC and AIFF in terms of audio quality. FLAC is a compressed lossless format while AIFF is not compressed. However, one key difference is that AIFF files will always be larger while FLAC files are smaller but they expand back into a lossless file.

Though MP3 is the most common audio file on the market, there are various other formats available including FLAC, ALAC, WMA, and AIFF, to name a few.

With that in mind, many people get confused when it comes to choosing a file format that will give them the best listening experience.

That’s because most people don’t understand the difference between all these formats, especially FLAC vs AIFF. 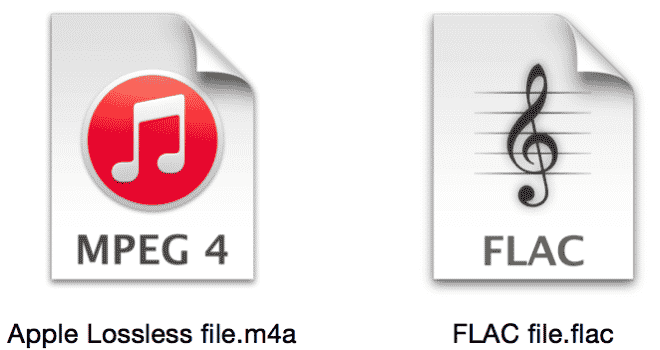 Today, FLAC and AIFF are some of the most popular file formats among audiophiles and music lovers.

However, most people don’t know which format is better depending on the application. Keep reading to know the difference and similarities between these two audio formats.

FLAC (Free Lossless Audio Codec) is a popular audio format that gives you bit-perfect copies of your CD’s in a compressed form. In fact, you can compress your files at different levels. Check out this article to find out more about FLAC compression leves.

This lossless audio format stores your music in a similar way to a zip file, but the compression is much better.

That’s because this format is specially designed for audio files. You can play it on your home stereo or other supported devices.

FLAC emerged in 2001 as an innovative alternative to lossless formats emerging at the time.

These included Microsoft’s Waveform Audio Format (WAV), Apple Lossless (ALAC) and WMA lossless. However, these competitive formats have several disadvantages that make them unappealing to audiophiles.

While WAV is popular among Microsoft and IOS users, its most significant issue is that it has a huge file size.

Additionally, it can’t retain tag data like album name, artist name and lyrics like other formats. The ALAC format also has a loyal following among IOS users, but it has not seen a lot of uptake outside of Apple. On the other hand, FLAC is compatible with various audio players, and it supports data tags.

As a lossless audio format, FLAC files take about half the storage space of the original file. More importantly, it offers a much better sound compared to its “lossy” predecessor (MP3). You can check out our comparison of lossy 320kbps MP3 vs FLAC to get a better understanding of lossy vs lossless files.

How to Play FLAC Files

One hurdle that is still preventing the full adoption of FLAC is the fact that iOS devices don’t support this file format natively. However, there are easy workarounds to allow iPhone users to enjoy this lossless audio format on their devices.

To play FLAC on any iOS device, users can download several applications from the iTunes store.

That includes applications like Capriccio, FLAC Player, and Media Connect, to mention a few. These applications not only support this audio format but also allow you to stream FLAC files in DNLA and AirPlay.

Google Smartphone users need not worry about FLAC support on their devices. From Android 3.1 and better, the operating system supports this file format natively.

Even with older Android devices, manufacturers such as Samsung and HTC offer FLAC support. Additionally, you can download an application like Player Pro from the Google Play store.

For Windows ten users, you can play FLAC files through the onboard groove player. However, with an older version of windows, you may need to download a media player plug-in like Media Monkey or Roon.

On the other hand, Mac users also have to download a media plug-in like Fluke to get basic FLAC support. 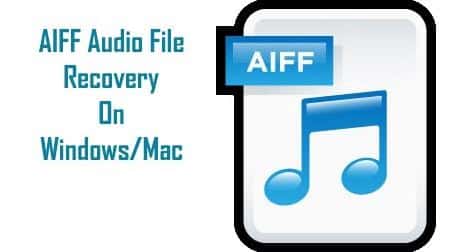 A typical AIFF file comes with two uncompressed audio channels recorded at a musical sampling rate of 44.1 kHz, with a sample size of about 16 bits.

This format is also popularly known as “CD-quality audio” since it has the same audio specifications to a CD.

When it comes to storage, AIFF audio files can take more than 10MB per audio minute. That means that a 5-minute song can take about 50MB of disk space.

It’s identical to a WAV file as it uses the same sampling rate and sample size.  However, an AIFF file is almost five times the size of an MP3 file recorded at 256 kbps and ten times bigger if recorded at 128kbps.

This format is similar to an original AIFF file, but it supports audio compression to eliminate extra space. That means you can generate a file using multiple compression algorithms and save it in AIFF-C  format.

How To Play An AIFF File

As an uncompressed audio format that uses the same recording protocol as CDs, AIFF audio files are compatible with a variety of media players.

iPhone and iPad users can play AIFF files natively without any secondary applications on their devices. However, you can’t play these audio files in your Android device or other non-Apple mobile phones.

Differences Between FLAC and IAFF Table

Similarities Between FLAC and IAFF

While there are several differences between FLAC and IAFF, these formats are similar in various ways. Here are the similarities of these two audio formats:

So, Which Should You Choose?

When considering FLAC vs. AIFF, it’s not difficult to decide which to choose depending on the situation. However, since uncompressed and compressed audio files can sound almost the same to the untrained ear, it can be hard to know the best file format to choose.

However, most musical data on the internet are available in a compressed format like FLAC or MP3 file.

That ensures that you can easily download music from the iTunes store or other websites on the internet. It also makes the downloading process fast and efficient.

On the other hand, AIFF files are common in audio recording since it’s essential to keep the original audio files in an uncompressed format.

Audio engineers can also work AIFF files to maintain the sound quality throughout the mixing process. However, most music producers convert the songs in a compressed format after saving the final version.

Yes, FLAC sounds better when listening on computers or mobile devices like smartphones and tablets.

However, there are some differences between these audio compression schemes, which make them more suitable than others in certain cases.

The most common way of determining sound quality is by using objective testing methods including frequency analysis and dynamic range measurements, etc.

But there are also subjective means of comparison where people may judge whether they prefer one codec over another based on their preferences.

Is DSD Better than FLAC?

Yes, DSD is a better sound quality than FLACs or WAVs.

Even for frequencies of 2.8 MHz and higher, 1 bit is insufficient. It’s virtually the same as comparing FLAC with DSD.

Which is Better – AIFF or Apple Lossless?

People who rip their CDs to digital music files but don’t know the difference between AIFF and Apple Lossless (ALAC) may be losing out on better sound quality.

In terms of audio quality vs file size, ALAC and FLAC are about the same. They are both better than AIFF and WAV.

Having in mind that FLAC and AIFF files can sound almost the same, you can choose to use any audio format supported by your media player.

However, FLAC format occupies less storage since it features a compressed audio file. On the other hand, AIFF files are the best to store an audio file in its original state so think carefully before choosing!