If you work with music files frequently, including streaming files, CD files and so on, you will likely come across FLAC and AAC. So, what is the difference between FLAC and AAC? Which is better?

In this article, we will do a detailed comparison of FLAC vs AAC so that you can understand the similarities/differences and which one is best for your needs.

Otherwise, continue reading further to understand the difference between FLAC vs AAC.

What Is FLAC vs AAC?

FLAC stands for Free Lossless Audio Codec and is a compressed audio format or standard that offers lossless audio compression. 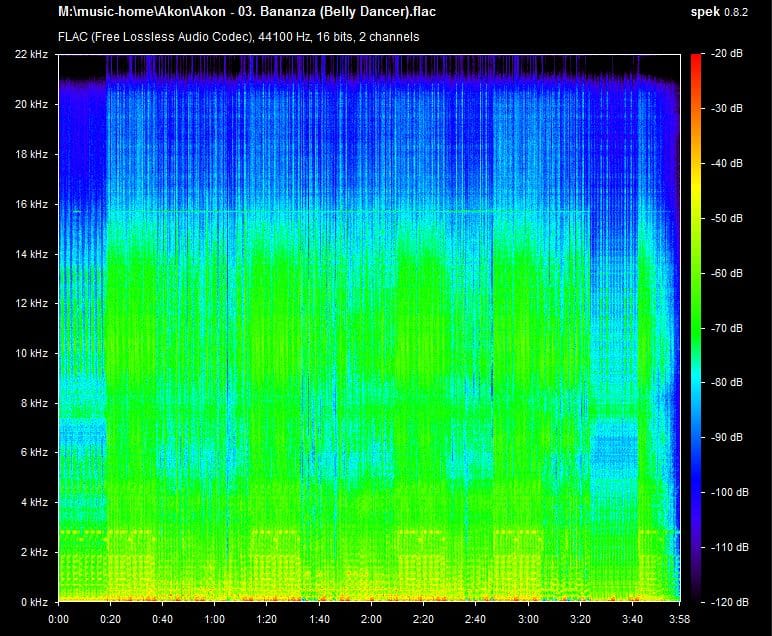 FLAC files are compressed and so store audio data more efficiently and in a smaller size than the original file.

FLAC file are also lossless, which means all the audio information is retained in the file even though it’s compressed.

AAC stands for Advanced Audio Coding and is a compressed audio format or standard that offers lossy digital audio compression. 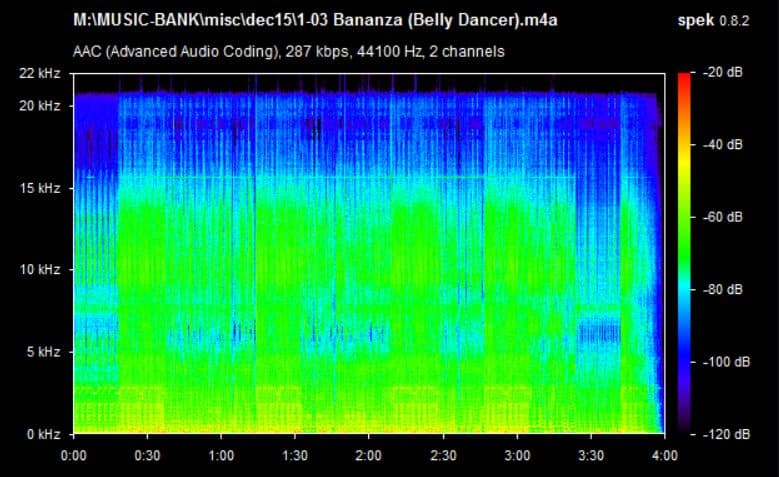 By lossy, we mean AAC files lose a lot of audio data during compression by discarding inaudible sounds. AAC uses the same principles as MP3 for compression.

In fact, AAC was specifically designed to be the successor to the MP3 format, offering better sound quality than MP3 but at the same bit rate. It’s slightly more efficient than MP3 and sounds a bit better.

Many Apple device users use AAC as its alternative to MP3 and so it’s commonly used for iTunes downloads and Apple Music streaming. In many ways, comparing AAC and FLAC is similar to comparing MP3 vs FLAC.

What Are Lossless and Lossy Compressed Audio Files?

Audio compression is the process of removing certain non-essential aspects of an audio signal while maintaining the most important audio data.

In practice, this often means lessening the dynamic range between the loudest and quietest parts of an audio signal. Compression algorithms do this by boosting the quieter signals and reducing the louder signals.

There are two types of compression – lossless and lossy. AAC, OGG and MP3 are examples of lossy formats which mean they throw away non-essential parts of the audio resulting in smaller files but reduced sound quality as well. Check out our ACC vs OGG comparison for a detailed comparison of two lossy formats.

FLAC and WAV are examples of lossless formats which use pulse code modulation (PCM) to allow the original data to be perfectly reconstructed from the compressed data.

This means the file size my be just a bit smaller than the original and sound quality is maintained.

AAC: AAC is a lossy format which means it works by cutting away features of the music which are less readily perceptible and so non-essential.

FLAC: FLAC on the other hand is lossless which means it maintains almost all audio data after compression. This mean that the sound quality is maintained but there is no reduced file size benefit. Because of this, FLAC is often used for archiving purposes.

AAC: AAC is a lossless format and so it will lose some audio data during compression. This means that theoretically, it should not sound as good as FLAC. This is true in some cases, but it is not always the care.

The fact is, sound quality is depended on serval factors, such as the audio equipment used, mastering of the original file, the encoder used, ripping and so on. However, all things considered equal, FLAC will sound better, however not everyone may be able to hear the difference.

FLAC: FLAC is as good as you can get in terms of sound quality. If you are using high end equipment, you may want to stick to FLAC because you will hear the difference between high res FLAC and lossy AAC files.

For many serious audiophiles, lossless formats like AAC do not offer sufficient audio quality for serious music listening and so they use FLAC.

The bottom line is, unless you are an audiophile, it may not even matter to you because lossy AAC is not so bad that they detract from my enjoyment of the actual music providing the bit rate is 192kbps or higher.

AAC: AAC is normally used with Apple devices and software such as iTunes downloads, Apple Music streaming (at 256kbps) and so on.

It’s a royalty-free format that considered the preferred format for streaming music, especially for portable devices.

AAC is also widely used as the as the audio component of the popular MP4 video format and is the default format for streaming services like YouTube.

We already motioned that it is widely supported by Apple, but it is also used by other companies such as Sony. However, it is patented and must be licensed to be used legally.

FLAC: FLAC is royalty-free and is considered the preferred format for downloading and storing hi-res albums.

It is not great for portable devices, but is a very good option for archiving or playing music for audiophiles on high definition audio equipment. Using high res files like FLAC is a great way to get audiophile sound from your computer.

In comparison to AAC, FLAC is not supported by Apple and so it is not compatible with iTunes.

FLAC and AAC files can vary greatly depending on a number of factors including music dynamics, compression level (e.g FLAC compression levels has a lot to do with the resuti9ng fie size), original file format and more.

FLAC Files are normally around three to five times larger than the corresponding AAC file.

A 5 minute song in AAC (320 kbps stereo) will be around 10MB while the corresponding song in FLAC (441kHz 16-bit) may be as much as 50MB which is close to the uncompressed size.

Can You Hear A Difference Between FLAC and AAC?

It is possible to hear a clear difference between AAC and FLAC files, but not in all cases. If you are using high definition audio equipment, you will likely hear a difference.

However, if you are using a regular music player or a smartphone, for example, it is unlikely that you will notice any difference. 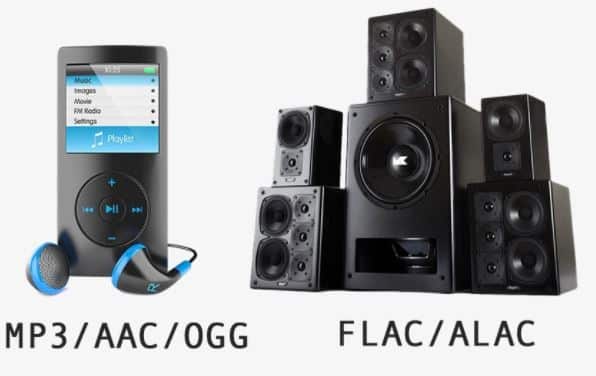 The quality of the recording is also important. A well recorded and mastered song will highlight difference easier in FLAC vs AAC.

Keep in mind as well that some people have more perceptible ears than others. Differences between audio formats are easier identified by audiophiles than amateur music listeners.

Which One Should You Choose?

Is AAC Better than FLAC

The main benefits of AAC over FLAC is that AAC files are smaller, compatible with more devices, and they do sound quite good when encoded at a high bitrate.

Is FLAC Better Than AAC?

The main advantage of FLAC over AAC is that FLAC is great for storing your music if you plan on converting it to other formats later on. Remember, converting from a lossy format to another will result in an even greater loss in audio quality.

Ultimately, your choice of AAC vs FLAC should always come down to your won specific circumstances. If you are using a portable device (especially an Apple device), music streaming and so an and extremely high res music is not the most important factor for you, but space is, then go for AAC. If you are a professional using high definition audio equipment and are looking for audiophile grade sound or you want to archive high res music, then go for FLAC.

Is Apple Lossless as Good as FLAC?

Apple Lossless is a lossless audio codec developed by Apple Inc. In layman’s terms, this means it compresses the file to retain all of the original data without any loss in quality.

This compression format has been quickly gaining traction with audiophiles and people looking for high-quality sound files that won’t eat up their storage space on mobile devices or home media servers.

Is Ldac Better than AAC?

This is determined by your device. AAC will perform best on iOS devices, whereas aptX or aptX LL will work best on Android devices.

The FLAC codec is fine, but its higher kbps performance isn’t quite as dependable as 660kbps and aptX support is more difficult to come by.

What Bitrate is AAC?

AAC is a type of audio encoding. It’s used in many different applications, including Apple Music and iTunes.

AAC lossy codecs are the default on iOS devices but can also be found on Android phones as well.

The most common types of AAC that people use today are regular MP-encoded files which have been converted from other formats such as CD rips, FLAC originals, etc.

While others prefer to encode their music using programs such as Audacity to get a little more control over the file size/quality ratio. Especially, when it comes down to streaming.

Your choice between low-quality MP3 tracks, slightly better AAC tracks, or hi-res audio in FLAC will come down to your own specific needs.

Additionally, you are archiving, FLAC is a good choice as it strikes a good balance between compression and sound quality.