Speakers have evolved a lot ever since Ernst Siemens patented the first loudspeaker in 1877. The history of speakers is long and interesting.

The speaker that everyone knows today was first manufactured in the 1920s. It utilizes a magnetic field to move a magnet or coil that is connected to a part called a diaphragm.

And throughout the years, the evolution of speakers resulted in the modern models that are found on the market today including Bluetooth speakers under 100 dollars.

Speakers have a rich history behind them. The dynamic speaker was first designed back in 1874 by Ernst Siemens. He described the invention to obtain mechanical movement of the electrical coil from the source electric currents that flowed via it. The idea of his creation was to move a telegraph arm.

Later, Thomas Edison was instrumental in the invention of the loudspeaker. The loudspeaker is comprised of a flexible diaphragm (cone) connected to the acoustic horn’s throat. The design of cones earlier after the invention used materials such as paper, leather, and thin metal sheets. However, paper is still used today since it’s readily available and affordable. 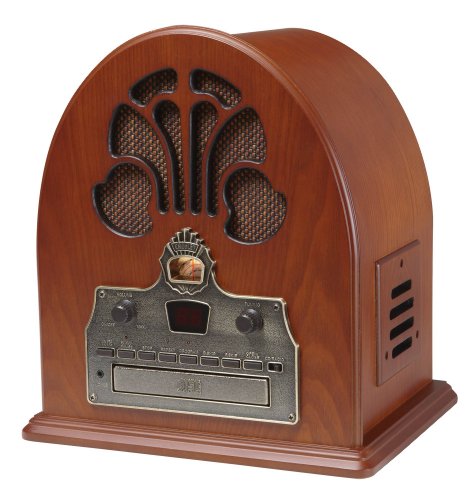 Ernst Siemens was one of the first individuals who have filed a patent for a speaker. Little did he know that his contraption will evolve into Bluetooth speakers of today.

Thomas Edison, the famous American inventor, also developed a stylus and diaphragm device that was used in the first talking pictures but not with great success.

The machine was known as the Wee Small Voice.

History of Speakers – A Timeline

Cinema owners in France placed speakers made by engineer Leon Gaumont at the back of the screen. They carried the speakers as required by action on the screen.

By the year 1919, Gaumont developed the Eglephone speaker that can amplify sound to around four thousand people.

And during Woodrow Wilson’s presidential address in 1919, they used Magnavox, which was a moving coil speaker.

Instead of speaking into a microphone, President Wilson spoke into two large horns that were placed over his head.

The development of audio speakers was in full blast between the two World Wars. Researchers from Bell Laboratories and General Electric were developing electrostatic and direct radiator speakers.

It was in the mid-1930s when stereo sound was developed. Then in 1940, Walt Disney launched Fantasound, which was a sound system that utilized three audio channels, as well as 54 speakers.

For home users, bookshelf speakers were launched, and the gramophones were replaced by woofers and tweeters.

1960s to the Present and the Future 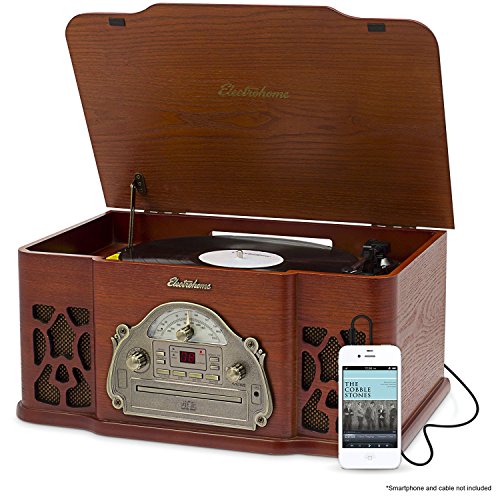 It was in the 1960s when the consumer electronics became mobile. It was during this period when turntables became portable and have built-in speakers.

Pocket radios were also released during this era. In 1965, Philips launched a compact cassette tape that utilized a low fidelity monophonic speaker.

During the 1970s, Dolby developed a noise reduction technology that became the world standard in noise reproduction.

And new at present technologies such as Bluetooth speakers and NFC speakers. They have become smaller and more portable, and yet they provide high definition sound.

What Are Analog Speakers?

Analog speakers are older speakers that do not use any form of digitalization. This means that the audio signal played by the speakers is simply time-varying waves i.e the signals are not modified and are played as they are by the speaker.

A good example of the difference between digital and analog is those old analog phone lines that used simple voice circuits while TTY mode is an example of digital phone communications.

Click on the images below to check out our list of the best vintage speakers available today:

How Does Bluetooth Work Today and How It Helps You Stay Connected?

There are so many ways to connect devices that it may seem like it is all the same but with different names.

However, the technology behind all wireless connection methods is different. Wi-Fi, Bluetooth, LTE, and infrared are amongst the most common wireless technologies. Bluetooth technology has had a long history.

Bluetooth, originally created by Ericsson more than 20 years ago, allows a number of devices to connect to each other wirelessly.

It is a high-speed wireless technology used to connect devices such as smartphones, speakers, headsets, laptops, etc.

There are millions of products with incorporated Bluetooth technology available for sale on the market nowadays and it is one of the most commonly-used wireless connection technologies out there. In fact, today, we even have Bluetooth speakers in the shape of bulldogs, yes, check out our article on the best bulldog speakers or the best egg shaped speakers.

What is Bluetooth’s Secret? 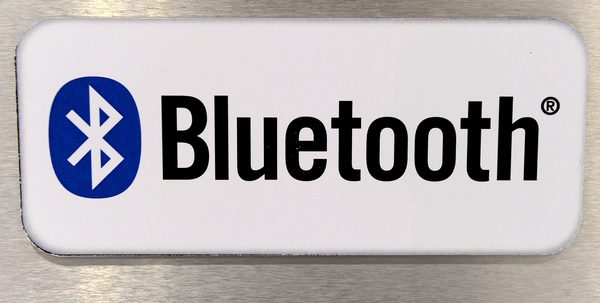 But how does Bluetooth work? Over short distances, up to eight Bluetooth devices can pair via this technology, which enables them to exchange data.

Every device uses a microchip with an antenna to send and receive signals, and software to process the communication between the hardware.

The antenna sends short-range waves that, unlike the infrared wireless technology, do not require an unobstructed space between the receiving and transmitting devices.  One device called a master can exchange information with up to seven others, called slaves, in a network called a picoNET.

A Bluetooth device can be a member of multiple piconets, and separate piconets can be linked together to form a scatternet. Every device also has a hold mode, which lowers its activity and saves more battery power than in normal mode.

Pros and Cons of Bluetooth

Most of us are not interested in how does Bluetooth work, but what are its advantages. Bluetooth consumes an almost insignificant part of your battery, saving power and allowing you to use your device for a longer period of time. However, low battery consumption limits the technology range to 32 feet or less.

A newer, 4.0 standard has recently been adopted, allowing an even higher transfer speed. It is extremely easy to use – all you have to do is turn it on and pair the devices. 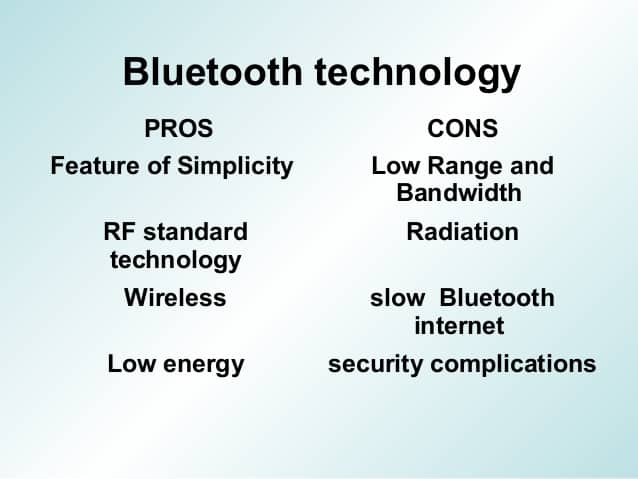 When a device is attempting to pair with yours, you have to allow this connection. This makes the technology extremely safe and prevents leakage of sensitive information.

In addition, despite the fact that almost every electronic device out there has Bluetooth technology incorporated, there is practically no interference between devices in the same area.

Finally, many people think Bluetooth uses data and increases your mobile bill. However, that is certainly not true.

As you can see, speakers have evolved through time. From the large and clunky units, consumers can now buy Bluetooth speakers that can fit in their pockets.

And the best thing about it is that the speakers of today provide clearer and better sound compared to the days of Wee Small Voice.