When you think of the greatest and best DJs in the work right now, who do you think of? Names such as Martin Garrix, David Guetta, and Hardwell come to mind.

Because they produce great hits, sell the most records, have the biggest following, earn lots of money, fill the biggest arenas and their music is featured on top charts and the best music download sites in the world.

Apart from these undisputed kings, who are the other top DJs in the world? We considered several factors when deciding on this list, including those mentioned above (hits, record sales, following, etc). So, though we know this has been the top of many arguments, we have decided on the list below as the top 15 DJs in the world.

Known as the grandfather of electronic dance music, Piere David Guetta is a French record producer, remixer, songwriter, and of course, DJ.

He was playing in nightclubs before releasing his first album (Just a Little More Love) in 2002, prior to being the co-founder of Gum Productions in 2001.

He released Guetta Blaster in 2004 and Pop Life in 2007, which were followed by many hit songs with famous music artists like Dj Tiësto, Kelly Rowland, and others.

David Guetta has many accolades and achievements in his career including a Grammy nomination in 2011, for his album “One Love”.

He won two Grammy awards in 2010 and 2011 and also bagged the coveted American Music Award for his favorite EDM category.

He was discovered by Tiësto and became a superstar before he was 18. You may know him for his viral hit ‘Animals’ which was released in 2013. In 2016, he left Spinning Records to form his own label, STMPD Records.

Garrix is currently in a deal with Sony music and his latest hitmaker “So Far Away” has amassed over 100 million views on YouTube.

The single is in collaboration with another top DJ, David Guetta, and features guest vocals from the British singer and songwriter Jamie Scott and Dutch singer Romy Dya. The song premiered during Garrix’s performance at Tomorrowland 2017.

Over the years, Garrix has collaborated with world-renowned artists like Troyes Sivan, Bebe Rexha, and Dua Lipa.

Amin Van Buuren is a top Dutch DJ, record producer, and remixer.  This Grammy-nominated DJ is famous for his hit song “This Is What It Feels Like” feat Trevor Guthrie.

His dedication to electronic music has won him a top spot in the DJ’ing world along with his weekly radio show known as “A State of Trace” which airs in over 84 countries.

Van Buuren headlines hundreds of shows every year at leading venues and festivals around the world. You may know him from Omnia Nightclub in Las Vegas, Tomorrowland (Belgium), Ushuaia (Ibiza) and many others.

Next on our list of the best DJs in the world is the undisputed kings of tomorrow’s land, Dimitri and Michael Thivaios.

Known as the kings of Tomorrowland, these Belgian-Greek DJs and producers started their careers at a young age and became resident DJs at BeatFM Radio before they rose to fame.

They became famous after remixing the song ‘The Rotterdam City Of Love’ which was released in November 2008.

In their DJ careers, Dimitri Vegas and Like Mike have collaborated with many famous artists including David Guetta, Martin Garrix, and Hardwell, to name a few.

In addition, they have performed on some of the world’s top stages including Creamfields, EDC Las Vegas, and Parookaville.

Marshmello is a rising DJ and EDM producer whose talent is highly evident in his music. You may know him as the DJ who wears a marshmallow helmet, but no one knows the man behind the mask. Well, we know but, we don’t know!

We will just say that rumor has it that Christian Comstock known as DJ Dotcom is the American dude behind the mask.

He first came into the limelight in 2015, after releasing his first hit “WaVeZ”. He earned the support of major DJs in the world like Skrillex, who aided his quest by reposting his song “Find Me” on SoundCloud.

He is known for his legendary judo skills and has been nominated as the world’s number 1 DJ by DJ Magazine in 2013 and 2014. His hip-hop DJ career started at the age of twelve and since then he has played with legendary artists, including his mentor Tiësto.

Hardwell came to the limelight after releasing “Show Me Love vs Be” in 2009, just before launching his own label Revealed Recording in 2010.

He is well known for his major work “United We Are” and you might recognize him from the International Dance Music Awards where he won the best breakthrough DJ in 2012.

His musical journey started in 1999 when he recorded his first demo and rose to fame in 2007 after recording his debut album ‘I Created Disco’, released by Colombia Records.

In 2010, Calvin Harris started ‘Fly Eye Records’, his own record label and later formed a partnership with ATV Music in 2014. You may know for winning the prestigious Ivor Novello Awards in 2013 for being the Songwriter of the year.

Tiësto is the stage name for Tijs Michiel Verwest, a Dutch record producer, and an international EDM DJ.

Many respect him as the greatest DJ of all time and the Godfather of EDM. He started his career at Noculan records in 1994, working with sub-labels “Coolman” and “Chemo”.

Tiësto became popular after remixing the song “Silence” by Delerium in October 2000. He has collaborated with artists such as Armin van Buuren, Gouryella, Kamaya painters and others.

His love for electronic dance music has won him many awards, including a Grammy for mixing John Legend’s song “All of Me”. He is also the founder of Black Hole Recordings.

The name Deadmau is actually pronounced “dead mouse”. He is known for wearing a strange-looking mouse costume.

He has amazing skills in electronic music and he has worked with a number of famous DJs around the world. Deadmau5 released his debut album (Get Scraped) in July 2005 and is a six-time Grammy award nominee.

In 2007, Deadmau5 started his own recording label (Mau5trap) and released a number of great hits. He has featured in video games like DJ Hero 2 and has performed alongside world-known artists like Lady Gaga, Wolfgang and others.

The Chainsmokers is a famous American DJ duo made up of Andrew Taggart and Alex Paul. You may know these guys from their hitmaker ‘#Selfie’ which was released in 2014, followed by another viral hit ‘Roses’ in 2015.

They won a Grammy for the song “Don’t Let Me Down” under the best dance recording category.

The Chainsmokers have collaborated with famous artists like Emily Warren, Hasley, Coldplay, and many others.  Their latest hit songs include “Paris” featuring Emily Warren and “Closer” featuring Halsey, which achieved a Grammy nomination.

Sonny John Moore ‘Skrillex’ is an American songwriter, singer, music producer, instrumentalist, and DJ. His music career started in 2004 when he was chosen to be the lead vocalist for a Rock band after volunteering to play the guitar.

Together with the band, Skrillex continued to produce major hits until 2007, when he launched his solo career.

Skrillex has bagged eight (yes 8!) Grammy awards and two consecutive MTV Music Video awards in his career. You may know him from major albums like ‘More Monsters and Sprites’, ‘Bangarang’ and ‘My Name Is Skrillex”, to mention a few.

Nick Van De Wall, better known as Afrojack is a renowned Dutch record producer, remixer, and DJ. He started his career at 14 years and released his first song in 2007.

The song was titled ‘In Your Face’ and was released under his stage name. He later collaborated with Eva Simons and released ‘Take Over Control’, a song that earned him international recognition.

AFROJACK ranks as the 7th highest-paid DJ in the world and has associated with many international artists.  These artists include the likes of  David Guetta, Hardwell, Beyonce and Bebe Rexha.

He is the founder of Dim Mak, a global music brand responsible for unveiling many top electronic DJs. You may know him for throwing birthday cakes to his fans at live concerts.

In 2012, Steve was ranked as the highest-earning dance artist in North America. He has collaborated with famous vocalists and producers like Afrojack, BTS, Will.I.AM, Iggy Azalea and Kid Cudi, among others.

He is the founder of the Dutch record label, Protocol Recording which has become a success through his music.

He started his career at Once Records and has worked with many music brands like Spinning Records, Ministry of Sound, and many others.

Diplo (aka Diplodocus, Wes Diplo, and Wes Gully) is famous for experimenting with music. He was born Thomas Wesley Pentz in Tupelo and grew up in South Florida.

He has touched many genres including as evident by his mixtapes, including ’80s pop, electronica, Dirty South hip-hop, and Miami bass music. 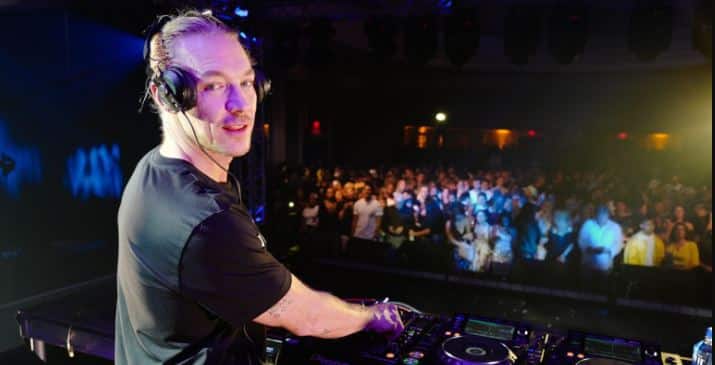 He is well known for his project His attention-grabbing project Hollertronix, which he did with partner DJ Low Budget.

In addition, there’s Piracy Funds Terrorism, Vol. 1 mixtape, with elusive British-Sri Lankan MC M.I.A. With this, he made waves in the alternative electro-pop scene. Spin magazine named him DJ of the Year in 2005.

There you have it, the best DJs in the world right now. The guys are the true game changers, the snowmakers. Do you agree with our list?

Who do you think should be added or removed? Of course, as time goes by, this list of the biggest and best DJs in the world will change and we will update as necessary.