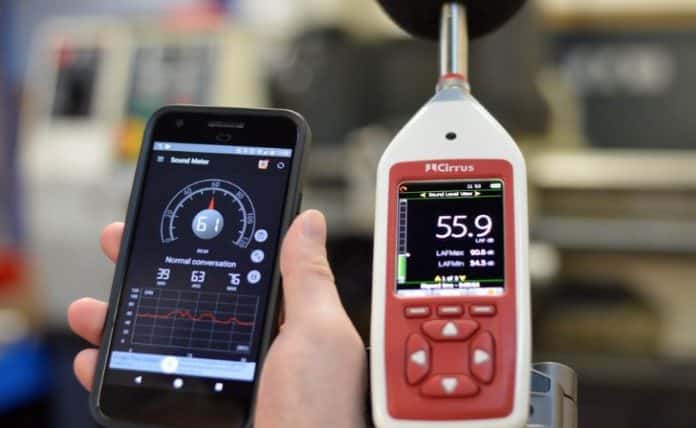 How Do Decibel Meter Apps Work?

These decibel meter apps can measure the noise levels around you and make recommendations so that you can take smart action to protect your ears from noise-induced hearing loss.

These apps use the phone’s built-in microphone to collect noise from the surroundings, analyze same and give real-time noise exposure data.

For better results, you can purchase an external, calibrated microphone such as the Rode VideoMic Me Directional Microphone.

Here are two of the best decibel meter apps out there available for Android and iOS: 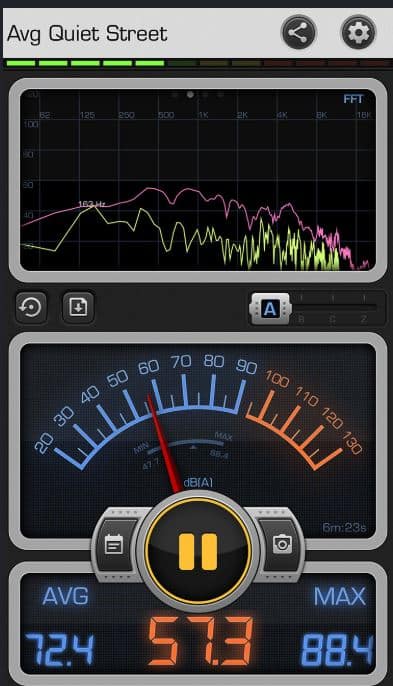 In fact, Decibel X essentially turns your smartphone into a professional sound level meter. The app is highly rated for its accuracy and easy-to-use interface on which it displays real-time sound level information in decibels as well as with beautiful waves and graphs.

This app is also supported on Apple Watch, so you can have easier portability.

While not as popular as Decibel X, the NIOSH Sound Level Meter holds the distinction o being developed by the National Institute for Occupational Safety and Health (NIOSH), which adds a tonne of credibility. 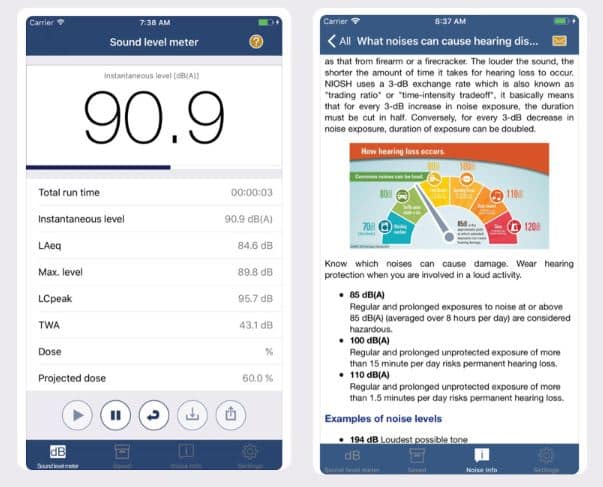 The app was initially developed to measure noise levels in the workplace for safety and health professionals. Since then, NIOSH has made the app freely available to the general public.

Why Use Decibel Measuring Apps?

So, all the decibel charts and decibel scale charts presented so far give ideas as to how loud sound at a certain decibel may be. For example, 70 dB could be about as loud as city traffic or 140 dB may be as loud as a jet taking off.

However, different cities will have traffic with different noise levels and different jets may emit noise at different intensities when taking off. In other words, decibels are hard to gauge.

It’s certainly not as easy as estimating a pound of chicken or 10 inches of rope.
So, is there a way to objectively measure noises easily? Yes, there is!
There are several decibel meter apps out there that you can simply install on your smartphone and use on the go!

There are, of course, other apps for measuring decibel levels. We should note that while these apps are pretty good and are often pretty accurate, they are not a replacement for sound pressure level meters, decibel (dB) meters, noise meters or noise dosimeters. They are simply handy aids for everyday, non-professional use. Additionally, they should not be used as a replacement for good hearing healthcare.