So you purchased a pair of basic wired lightning Apple Earbuds, but when plugged in they say “Baets” instead of “Beats”. Many of these earbuds have a lightning connector and Bluetooth but no battery. What are these Baets headphones or earbuds and are they original?

Baets earbuds are knockoffs of the original Beats Lightning Apple Earbuds. They are not original and are often made by Chinese manufacturers and sold as cheap AliExpress earbuds banded as Apple Lightning earbuds. Sometimes, these earbuds may also be made with original earpods but with a non-original minijack-to-lightning converters.

Bottom line is, once the word Beats is misspelled, it is safe to say that the Earpods are not genuine Beats. “Baets” earbuds are cheap imitations that piggyback on the brand identity of Apple.

Once you connect these earbuds to your iPhone or other Apple device, they will identify themselves as “BAETS”.

In general, we recommend that you spend the extra money and buy genuine Apple earbuds.

What Are Baets Earbuds?

“Baets” earbuds are wired, yet Bluetooth earbuds that are cheap imitations of genuine Apple EarPods. 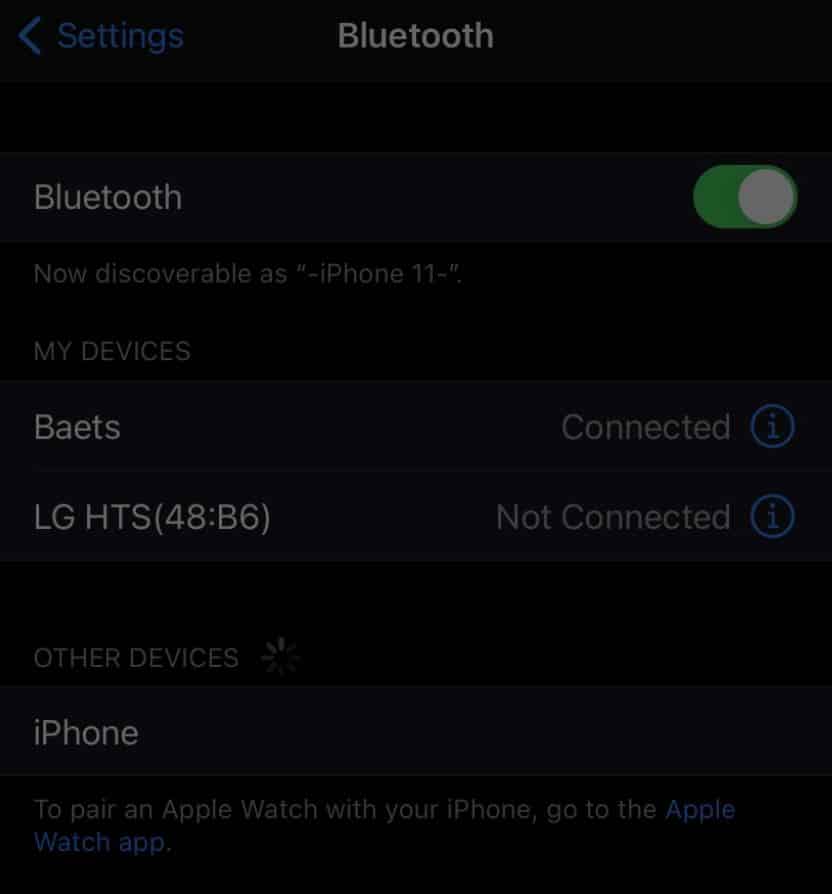 How can you identify Baets earbuds?

Do Baets Earbuds Have Bluetooth and Why?

Firstly, many audiophiles and music lovers will tell you that Beats headphones are bad. Why are Beasts headphones bad? That has to do with excessive bass and overpricing. However, what about these cheap Baets headphones?

Many of these knockoff Baets earbuds have a lightning connector, yet they have Bluetooth and they don’t have a battery. How does that make any sense? 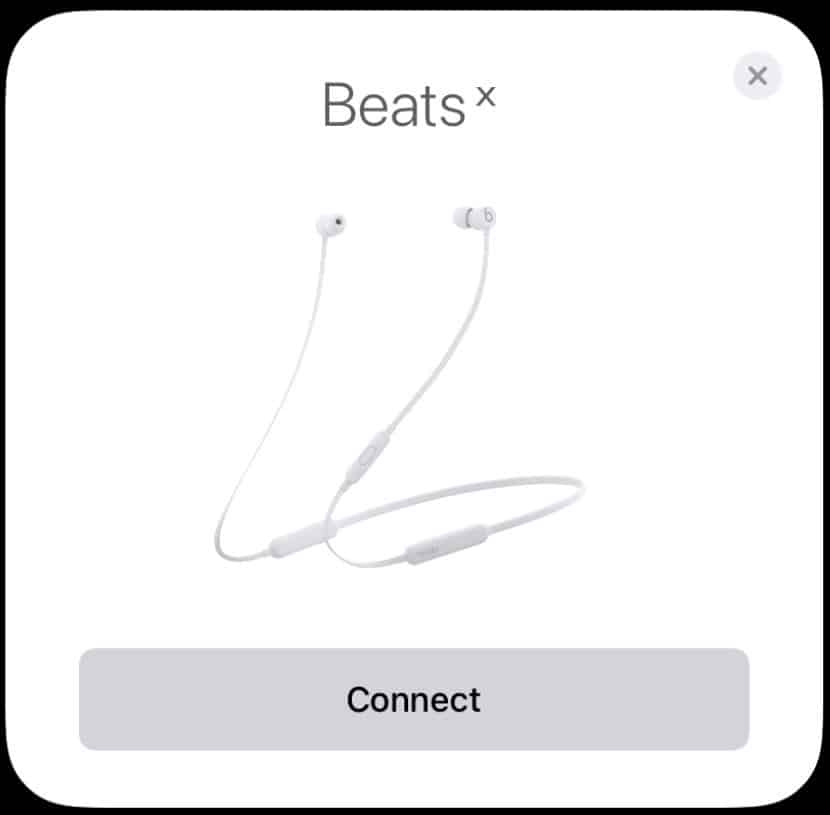 Why would they choose to have Bluetooth connectivity with the lightning connector and worse, there is no battery?

Since the earbuds have a lightning connector, then they do not need Bluetooth and if they use Bluetooth, then they need a battery.

You can actually use Bluetooth with these earbuds because we tested having the earbuds connected to one phone via the lightning connector and we could see the earbuds from the Bluetooth pairing settings from another phone.

However, why have the Bluetooth connection when the lightning connection is already there?

The Reason These Baets Headphones Have Lightning Connector and Bluetooth

1. What Is The MFi Program

This is why many of the earbuds do not work with Bluetooth turned off.

Apple’s MFi Program, also called “Made for iPhone/iPod/iPad”, is a licensing program that allows hardware manufacturers to develop hardware peripherals that work with Apple’s devices such as their iPod, iPad, and iPhone.

Please note that there is no MFi program fee, but there is a per-device/connector licensing fee.

The program covers various Apple device connectors such as the headphone jack and the Lightning connector. Once a company has signed onto the program and paid the license fees, they can display certain MFi-related logos on their product packaging, like the popular and respected “Made for iPod, iPhone and iPad” badges.

How To Avoid Baets Earbuds?

To avoid these non-original Baets earbuds, you need to ensure that you purchase your Apple earbuds from a respectable source.

Here are some of the factors to consider:

What To Do If You Purchased Baets Earbuds?

If you find that you have been ripped off by purchasing Baets earbuds, then we recommend that you try to reach back out to the retailer where they were purchased and see if you can get a refund. 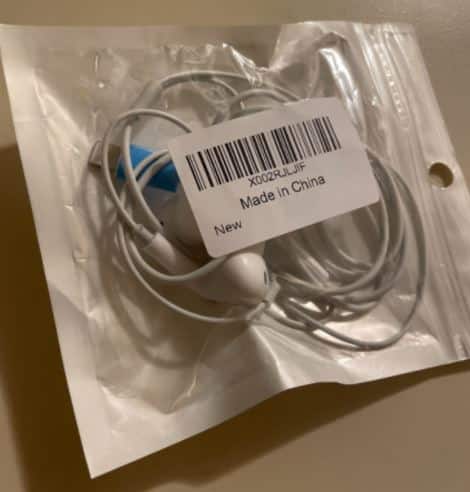 While the “Baets” name is enough to confirm that these earbuds are not original, if you want to be absolutely sure, you can reach out to Apple Support. They will be able to determine if the device is genuine and give you additional instructions on how to proceed with the issue.

Keep in mind that many retailers will complain that for the price you should have known that they were not original.

However, if they charged you the regular apple earbuds price, you definitely have a strong case. In fact, even if they were much cheaper, you still have a case against the seller for misleading the customer with false claims and a fake product.

It is hard to recommend any best Baets earbuds, we always recommend that you purchase genuine Apple earbuds like the ones below: 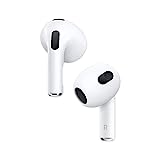 In any case, the best Baets earbud we have found on the market is the Apple Earbuds with Lightning Connector by Wtuley:

Of course, these Baets earbuds won’t have the same steller audio quality as your original Apple Beats earbuds.

However, for most people, they are subpar terms of sound quality. Moreover, for the more discerning and professional audiophiles, there will be a noticeable difference in quality. 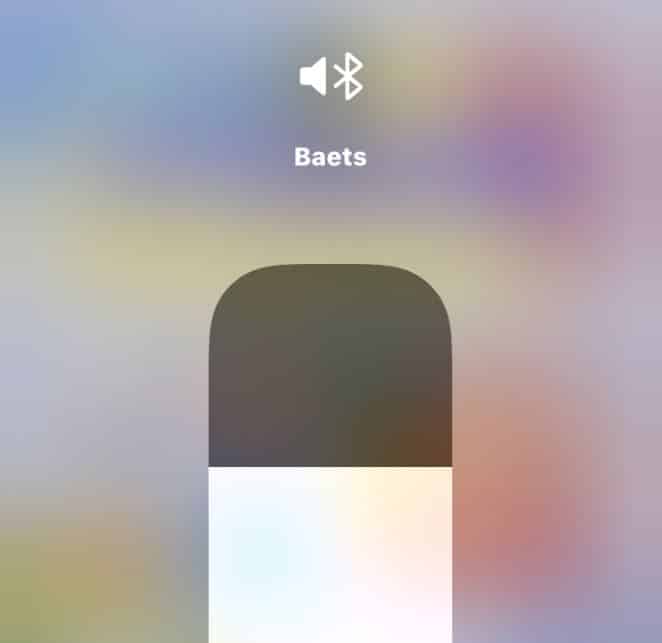 In fact, many people have reported that the audio sounds terrible. It really depends on your listening preferences, however. Some complain that the microphone doesn’t work and other similar issues.

Sometimes the volume may go too high or too low. In such cases, you may need to try various methods to increase the volume on your iPhone.

Typical complaints from customers about these earbuds include:

Most of the earbuds are made from cheap materials and assembled cheaply. They normally fall apart easily and don’t last long. 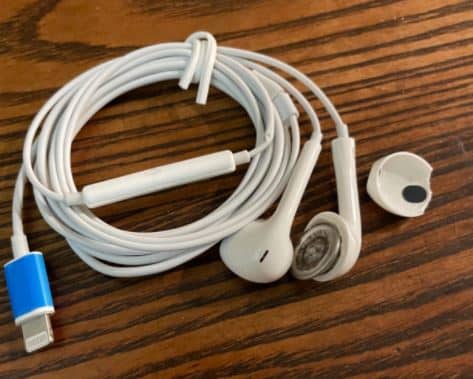 Unless you handle them with extreme care, the wires can come apart and other connected parts can loosen quite easily.

In some cases, you may purchase a sturdy one by chance, but in most cases, they are flimsy and cheaply made and everything falls apart after a few days.

These Baets earplugs also offer poor connectivity. These are the type of earbuds that work when they want to.

Moreover, each time you plug one into your device, it needs to connect because they don’t work without Bluetooth connected. Actual, genuine Apple earplugs are simple plug and listen instantaneously.

These earbuds mimic genuine Apple earbuds, but if you look closely you can often see a clear difference.

They are knockoff and so often come with thin wires, they aren’t ergonomic and so are painful to wear. Baets are the type of earplugs that need constant readjusting or they will fall out.

The bottom line is, Baets headphones function, but they offer terrible sound quality, they fall apart easily and have many other issues. If you just need a cheap earbud and you don’t really care about quality, sure, you can get one of these. Otherwise, purchase a genuine Apple earbud from a reputable Apple store or from the Apple website.