If you use Apple Music and Spotify, you’ve likely come across the AAC and OGG file formats. These file formats are used for online music streaming.

So both are used to stream music, but which of them is better? Read on to find out the important similarities and differences between these files to determine which format that best suits your needs.

AAC and OGG are lossless file formats that are commonly used by streaming services. The main difference between the two is that OGG can be recorded at a maximum of 320 kbps while AAC caps at a maximum of 256. However, OGG is compatible with fewer devices.

Otherwise, continue reading further to understand the difference between AAC vs OGG.

What is AAC vs OGG VORBIS?

AAC is the abbreviation of “Advanced Audio Coding”. It refers to a lossy and compressed audio coding standard that has effectively replaced MP3. People who love MP3 appreciate that AAC performs a little better than MP3 at the same bit rate. 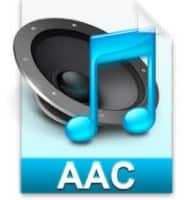 For example, when compared to MP3, AAC supports a wider range of channels (up to 48) and sampling rates (from 8 kHz to 96 kHz).

Additionally, AAC has better coding frequencies above 16 kHz. There are some other technical improvements as well.

Today, AAC is the native audio format for many media players.  The most common ones are iTunes, iPad, iPod, Nintendo DSi, Playstation 3, and multiple Nokia Series 40 phones.  It is also easy to find the format in some in-dash car audio systems currently.

The term OGG is not actually an acronym. It is an abbreviation derived from the term “ogging”, a jargon from the computer game Netrek which means doing something forcefully. 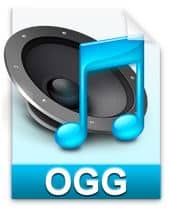 Today, Vorbis is now part of the larger Xiph.org multimedia project and refers to a particular codec typically stored in the Ogg container.

It is typically used for mid to high quality (8kHz-48.0kHz, 16+ bit, polyphonic) audio. These files are typically coded at fixed and variable bitrates from 16 to 128 kbps.

Given that it is free, using the format is not subject to copyright restrictions, meaning you can find it with filename extensions like .ogg, .ogv, and. Opus.

What Are Lossly Compressed Audio Files?

Lossy compression involves removing certain elements of audio data from files so that the file size can be smaller.

For example, when you convert your MP4 to MP3, you lose some data, particularly images. That is what we are using the term “lossy.” When the compression algorithm is used to compress the audio within your file, some loss in sound quality occurs.

Like MP3, AAC and OGG do an excellent job at storing music on tablets or iPods. Moreover, they work on a wide variety of modern playback devices.

However, both of these formats are lossy. You have to lose lots of data to have them to take up less space on your audio device. You can use AAC for Apple Music Streaming, YouTube streaming, and iTunes downloads.

OGG Vorbis is efficient when used in Spotify streaming. In part, the efficient codec or algorithm in AAC and OGG is the response for music quality in these two compressed, lossy formats.

Lossy compressed formats are the opposite of lossless formats. In the case of lossless formats, the audio compression ensures that no essential audio data is lost. For example, you can check out our AAC vs FLAC comparison which compares lossy AAC to lossless FLAC.

In other words, the final size may be a bit smaller than the original one due to the loss of non-essential data, but you won’t get a massive difference in file size. However, the original sound quality is maintained.

As we have mentioned, AAC and OGG are lossy formats. So, they work by cutting away some essential and non-essential components of your audio.

So, unlike lossless formats, you should expect to get an average quality of music suitable for ordinary listening when you choose either AAC or OGG.

However, most people find it hard to sense the difference in sound quality when using either the lossy or lossless formats. The same applies when they attempt to compare AAC and OGG.

Since AAC and OGG are lossy forms, their sound quality is adequate to meet the needs of most regular music listeners.

Overall, the AAC and OGG’s sound quality is adequate for anyone who is not an audiophile.

AAC is used for streaming services such as YouTube. Apple devices and services such as Apple Music and iTunes downloads support it. However, AAC is patented, which means you need a license to use it legally.

OGG, on the other hand, is open-source. This means you can use it for free from anywhere. However, when compared with AAC, it suffers from a relatively low and limited media player support.

It is mainly compatible with Spotify and a few multimedia players.  Remember, if you have an iPhone, Nokia Series 40 phones, DivX Plus Web Player, iPhone, iPad, or iTunes, you can only use AAC and get almost the same quality level.

AAC OR OGG-Which One Should You Choose?

To determine which audio format is better, let us compare their performance at different bit rates.

AGG vs OGG At Different Bitrates

At higher bit rates, the differences between AAC and OGG will not be easily identifiable. At bitrates beyond 320 kbps, you start approaching lossless audio and so it’s hard to tell differences as the quality of the siles increase.

It’s easier to tell the difference between lossy audio than between lossless audio. This means it may not be a good idea to argue that one is better than another solely based on bit rate.

You may need to play them under a single median player and judge by your listening.

However, as an ordinary user, you can choose AAC if you want a compatible format with numerous commercial and non-commercial devices. Of course, if you are looking into recording and other professional use, you will need to purchase the license.

On the other hand, OGG is best if you want an open-source format compatible with some of your devices. The only challenge is that it is compatible with fewer devices than AAC.

Remember that both are compressed lossy formats, so the sound quality is good enough for ordinary users. Audiophiles can use any of them at bitrates more than 320k bit rate, but those files are rare.

Does Spotify Use AAC or OGG?

Spotify streams audio using Ogg Vorbis at up to 320 320kbps. It also streams up to 160kbps for individuals with free accounts. Spotify also has AAC-encoded versions of songs. However, the Web Player serves all of them.

Ogg Vorbis is of better quality than AAC and other lossy audio formats, according to tests conducted in 2014. It produces smaller files at a higher or the same bit rate while retaining a high computational complexity.

Is AAC Good For Music?

AAC provides much better music quality at the same bitrate as MP3. It has been upgraded numerous times, and HE-AAC is the latest version. Unlike OGG, it’s a closed source format. So, the format’s popularity is due to the quality it offers.

The main reason OGG offers better quality than AAC is that it can be encoded at 320Kbps. However, it is compatible with fewer devices.

However, many ordinary users may not be able to figure out the differences between both formats recorded at the same bitrate.

It is largely dependent on your listening habits and your own ability to discern the timbres and texture from various audio formats, which means the best thing to do is to try out AAC and OGG by yourself.