You may be wondering what the difference is between 96kHz and 192kHz because you have devices that use these different frequency rates or sound resolutions. For example, you may have a soundcard that can output at 192kHz, but your DAC only accepts 96kHz. Will I be losing quality?

In that case, let’s compare 96khz vs 192kHz sampling rates.

96kHz and 192kHz are both sampling frequencies or sampling rates (the number of samples per second in a sound). However, 192kHz is a higher sampling rate which means the quality is greater. However, most people won’t hear a difference in sound quality between the two so you shouldn’t worry about losing quality regardless of which one you use. 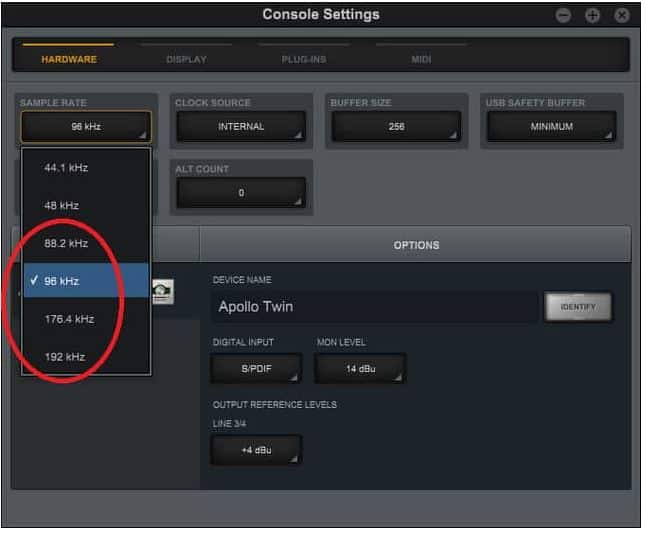 96kHz is 96000 Hz and is a sampling frequency or sample rate that samples audio at 96kHz. It was announced in 1988 by the Audio Engineering Society (AES). 96 kHz is a multiple of a common 44100 Hz CD-quality audio sampling rate and also doubles the generally accepted standard for 35 mm film sound.

The availability of professional mixing consoles with improved fidelity led to the widespread adoption of digital technology among studios. This has contributed greatly to its use in commercial music production through much of the 1990s and 2000s.

However, in recent years there has been a resurgence in interest in analog equipment that can be used for recording and mixing, with the result that some of this equipment is now being manufactured again. 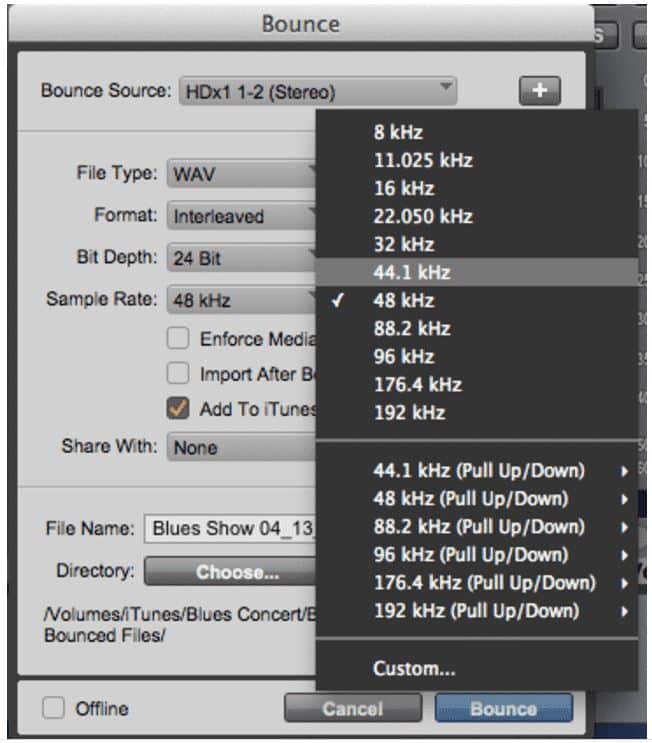 192kHZ is a digital audio sampling frequency that can capture up to twice the acoustic information as a 96khz sampling rate. 192kHz is higher than 96kHz and so is a better rate and offers higher quality, though most people may not notice the difference. This means that 192kHz is better than 96kHz and 48kHz. Check out our article on 96kHz vs 48kHz to learn more.

In other words, to sample at 96 kHz means you have sampled 48000 times per second and recorded digital signals with perfect accuracy.

In contrast, 192 kHz samplings are done twice as often so the sound is much more detailed and precise. However, there is no guarantee it will always sound impressive or better than a 96kHz recording.

If something moves fast, pitches change quickly or instantaneously, then the higher the speed of the sampling rate (and therefore 192kHz), then you’ll hear a much more accurate representation of what was going on in that moment if you playback your 192kHz recording.

96kHz is the lower of the sampling rates between these two. However, as we mentioned above, most people won’t notice the difference.

When you sample an analog waveform, you are essentially recording its peaks and troughs as numerical values. Higher settings mean that these values can be more precise, so an analog signal will be sampled more accurately.

With music, which typically has a fundamental tone of around 64 Hz, 96khz might well produce better results than 44100 samples per second.

192kHz is particularly good for recording musicians who are playing together. This is because it captures the perfect detail of what everyone in the room was doing at that moment, rather than losing some of the instrument subtleties when you downsample to 96kHz.

If you have two, three, or four microphones in a room then recording at 192kHz could be very useful for being able to capture more ambiance information and room acoustics. This means that it will sound livelier and more exciting if your mixes get played back on systems with higher sampling rates (such as DVD-Audio).

The Sound Quality of 96khz

96khz is the number of samples per second in digital audio. It has nothing to do with how wide your speakers are, but it can be used as a guideline on how much detail you should expect from an audio source.

For lossless compression, this is how many times each sample (usually 16-bit) must be compressed and decompressed to get the final, desired bitrate. The higher this number, the more work needs to be done to produce the final file.

Paying attention to this number can help make sure you don’t lower quality too much when compressing your music into a lossy format, such as Ogg Vorbis or mp3. But also that you don’t waste too many bits encoding samples that won’t be noticeable to the human ear.

The more samples there are, the greater the dynamic range of sound (the difference between the quietest and loudest sounds heard), while still maintaining perfect playback without altering pitch or tone.

The Sound Quality of 192khz

The bit depth of an audio file determines how many pieces the signal is split into. For our purposes, we will say that the more pieces you have, the clear your sound quality is, since noise is introduced to the signal every time it is split. The bit depth does not affect how wide of a dynamic range (DNR) your file has.

It should also be noted that bit depth can only go up to 16 bits. While this sounds like a lot, many instruments and other factors in real-life recordings do not output signals higher than 24 bits (and some much lower).

The sampling rate is simply how often the audio signal is measured by an analyzer. So if the sampling rate was 85khz, then every 1/85000 of a second, your signal would be sampled.

The sampling rate determines the highest frequency that is properly reproduced in an audio file, which is called ‘Nyquist Frequency‘.

All frequencies above Nyquist are supposed to be translated into lower frequencies using various math functions, but if your sampling rate is too low you won’t get all of the information contained in the original sound.

Are 96khz and 192khz Really Necessary for Listening to Music? 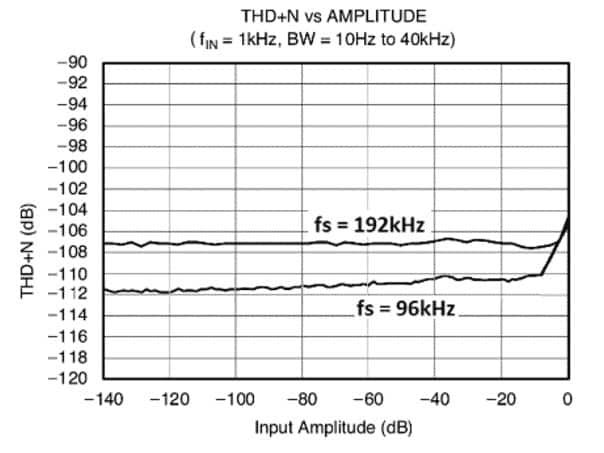 96kHz and 192kHz are not necessary for music listeners as humans can’t hear that kind of quality unless they have a very good pair of headphones/speakers with a high-frequency range.

However the higher sampling rates do capture more information (especially when recording live instruments) which can be beneficial to some people, but not everyone will need this feature.

When recording live music, the higher sampling rates will gather more information about what is being recorded at 96khz/192khz. This can be beneficial if you are recording for example an orchestra, as you will more accurately capture the full sound of it.

However, when you are recording already recorded music or mixing in 32-bit audio, the sample rate doesn’t change the quality or sound of it.

96khz and 192khz are both frequencies at different sampling rates. 192kHz offers a higher sampling rate and so offers the better sound quality, however, most people won’t notice that difference. Note that the sampling rate is usually displayed in kHz (kilohertz), so you’ll see 96kHz or 192kHz instead of “96khz” or “192khz”.

Before you go, also check out our guide on: